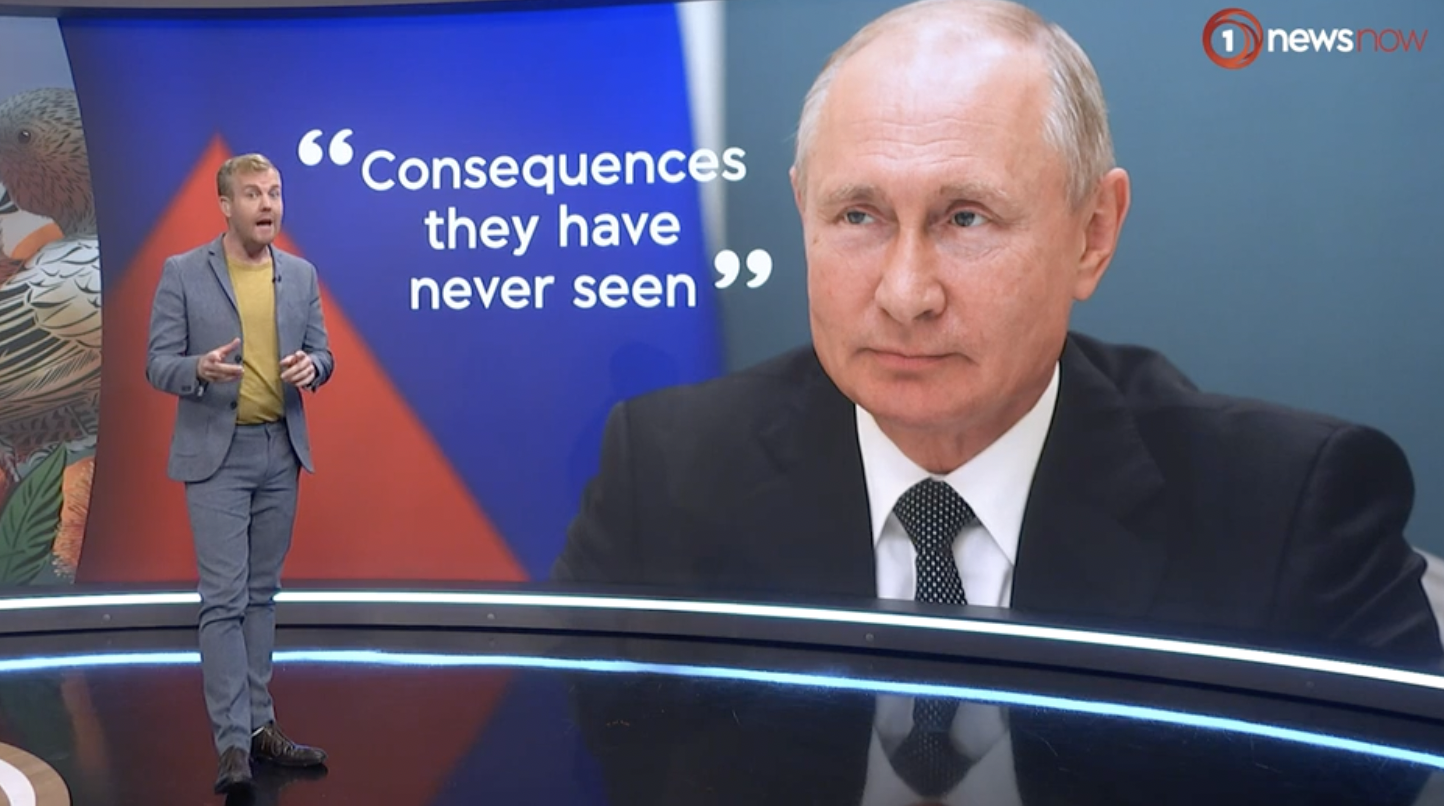 I predicted that Putin would invade Ukraine.

I argued that after the coup attempt in Kazakhstan earlier this year, Putin would decide that the West would never end its attempts to destabilize Russia and, with an eye to history and its own personal legacy at 70, would wage war with Ukraine to gain further ground for Mother Russia.

I thought he would try to gain a land bridge to the south and annex eastern Ukraine.

It made geopolitical sense.

He’s the sinister chess master at work, a madman trying to bring about a nuclear exchange.

Putin’s mentor, Alexander Dugin, advocated for the invasion of Ukraine…

The Russian intellectual Alexander Dugin is the main architect of neo-Russian imperialism called Eurasianism. In a series of lectures, articles and books, Dugin sought to “rehabilitate fascism in Russia”. He borrowed obscure political theories from the 19th and 20th centuries, adopted a sympathetic interpretation of Nazism that attempts to separate it from the Holocaust, and sought to thwart what he and many Russians see as a US-led conspiracy. to contain Russia. Dugin called for a “Russian Spring” and Ukraine’s domination of Europe.

…those around Putin all believe in this grand tale of fate…

Emboldened by perceptions of the West’s terminal decline, no one in this group loses much sleep over the prospect of open confrontation with America and Europe. In fact, the core members of this group would all be among the primary beneficiaries of a deeper schism.

Their average age is 68 and they have a lot in common. The collapse of the Soviet Union, which Putin described as the greatest geopolitical catastrophe of the 20th century, was the defining episode of their adult lives. Four out of five come from the KGB, three of whom, including the president himself, come from the ranks of counterintelligence. It is these hardened men, not polished diplomats like Foreign Minister Sergei Lavrov, who lead the country’s foreign policy.

In recent years, members of this group have become very vocal. Patrushev and Naryshkin frequently give long interviews articulating their views on global developments and Russia’s international role. According to them, the American-led order is in deep crisis due to the failure of Western democracy and the internal conflicts stimulated by the promotion of tolerance, multiculturalism and respect for the rights of minorities.

… I think the cabal sees itself as part of the millennial Christian tradition and that this war is for the soul of Russia.

We do not appreciate the power, importance and motivation that Russian Orthodox Christianity plays in all of this.

In 988 AD, Vladimir the Great, from whom Putin takes his name, mass baptized 1,000 Russians on the Nee-Proh River in what became the founding spiritual moment of Russian Orthodox Christianity as Russia became Christian and leads to a cultural narrative structure that Moscow is the third Rome and was a homeland for Christianity.

Putin has spent billions to rebuild churches destroyed by communism and uses his relationship with the church for political purposes. It was the Orthodox Church that first praised Putin for annexing Crimea, a region of great religious importance to the Church.

Recently, the Ukrainian branch of the Orthodox Church severed its ties with the Russian branch because it felt that Putin had too much influence over it.

If Moscow is the third Rome, Kiev is the second Jerusalem.

Putin considers himself part of a long line of Christian defenders of the true faith.

An angry new white Christianity is breaking out here with intense violence, and misreading Putin’s engines means we won’t be able to stop it.

If Putin does this for God and the soul of Mother Russia, the deaths are proof of faith, not failure!

The next stop will be Bosnia/Herzegovina…

As the world watches Ukraine, the possibility of disintegration looms in Bosnia

In 2017 he saw Dr Strangelove for the first time with director Oliver Stone.

Last year he completed his Doomsday Bunker and this week he was apparently there.

It seems strange that he threatens nuclear strikes and uses his Doomsday Bunker as soon as it becomes available.

Our interpretation of the slow response and the heavy losses Russia has suffered militarily and economically is that Putin miscalculated.

But he had all the other moving parts of that plan worked out years ago.

Why isn’t the Air Force joining in this attack?

Why weren’t the troops told where they were going or fighting.

Many members of the army are just children who don’t have much experience.

The main Russian army is still not engaged.

They didn’t use what we expected in terms of cyber warfare or space warfare.

What if all this horror was just background noise? The excuse for massively intensifying the use of a nuclear weapon on the battlefield?

What if this was just the beginning and he didn’t commit everything else because he’s waiting for the real conflict after using a nuke?

Putin is no petty bully, he is an angry God with the power to wipe out the planet and he exhibits a great deal of end-of-day paranoia in his very isolated social existence and growing group of people. more restricted.

What if Putin orders the Russian army to use a nuclear bomb on the battlefield? What if that was Putin’s real goal here? To show the West that it will bow to no deterrence and sow new chaos throughout the world order?

The scenes outside Ukraine of innocent people frightened by the trauma of war hurt.

Their resilience, their courage in the face of the Russian military, and their refusal to surrender redefined what toughness looks like.

Their leader, his spirit and his remarkable bravery have won hearts and minds around the world.

Fighting for them against someone who wants to escalate extreme violence must be tempered by the reality that would play into Putin’s hands.

If you can’t contribute but want to help, feel free to share our blogs on social media.