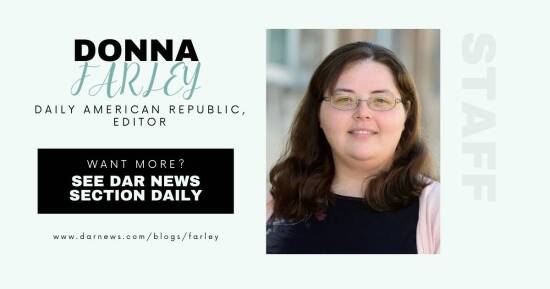 Daily American Republic staff have been reporting on World War II soldiers since the very beginning.

We’re continuing that tradition today with a special magazine in this edition, “Honoring All Who Serve.”

It includes a special feature on veteran Cloyd Cook, who will celebrate his 100th birthday on February 15. John J. Pershing VA Medical Center invited the public to send cards and greetings to Cook, who lives on site.

Today’s draft also highlights other veterans in our area and lets you learn more about Southeast Missouri’s contribution to WWII.

One of our first articles, published on December 9, 1941, shared news of enlistments in the region as part of the civilian pilot training course. Interest was so great that they expected a school to be established at Poplar Bluff for training.

But in the same edition, DAR staff reported “anxiety and a sense of helplessness” as families awaited the first list of victims of the Dec. 7, 1941, attack on Pearl Harbor.

“Some have estimated that there are thousands and thousands of soldiers and sailors stationed here and there in the Pacific, and the number of casualties is relatively low if you consider the total number,” explained a journalist from the DAR. “However, it brings little peace of mind to those who have relatives in the war zone.

“They realize that a great price must be paid for our security, for our independence, before an ultimate victory, which must come.”

In the decades that followed, we shed light on those who often served.

On the 60th anniversary of the attack on Pearl Harbor, we shared the story of James Tipton, a survivor of the attack.

His family was among those on December 9, 1941, waiting for word.

Tipton shared that he was in line for breakfast the day of the attack.

“Wheeler Field was a quarter mile away. The Japs hit him and machine-gunned the barracks.
“We were hit by anti-aircraft shells friendly to Pearl Harbor. One of them went down through the barracks.

We are proud to share his story and those of others collected by our staff.

Donna Farley is the editor of the Daily American Republic. She can be contacted at dfarley.dar@gmail.com.