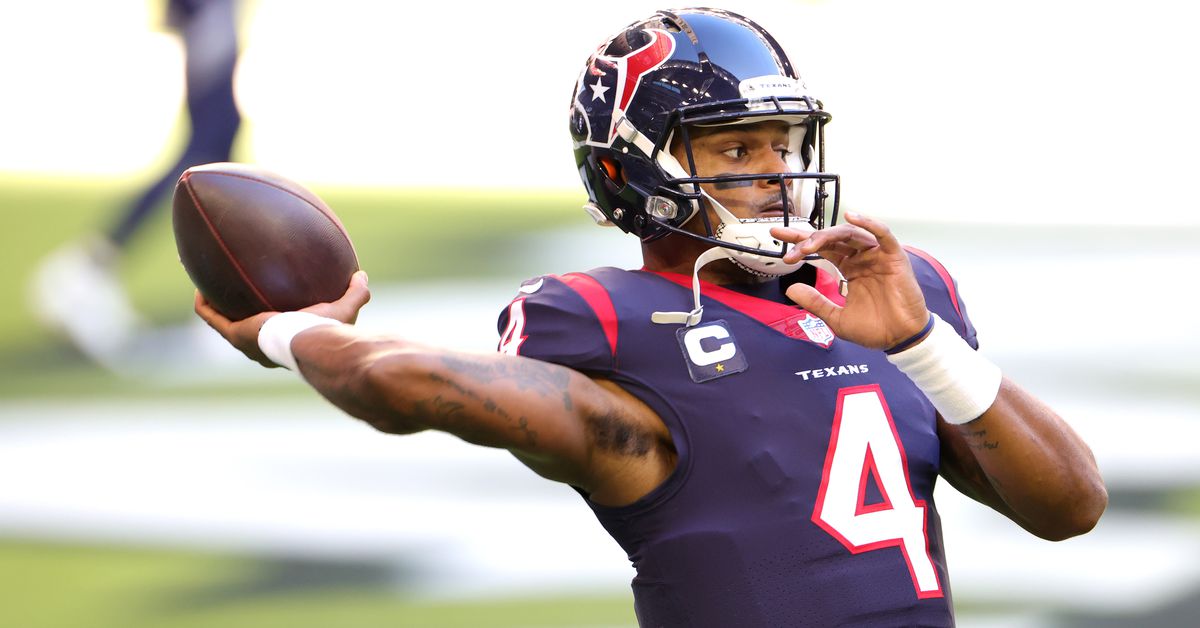 The collective conscience of the NFL already has its eyes on NFL free agency and the NFL Draft. With team building season upon us, what is the biggest need Texans have to meet this offseason? Is there a specific free agent or draft prospect you think the Texans need to target?

I think they should work on building a team.

Quite frankly, I think the biggest need for Texans is to go down.

Redeem from the third choice. Redeem from the 35th choice! Get six or seven picks between Day 1 and Day 2, taking the best available player each time. Bombard the draft with picks, and maybe we’ll get a few worthy guys!

Biggest need? This team has so many that it’s hard to focus on just one, and the fact that the team decides to carry nearly $40 million in dead money is a major limiting factor in this rebuild. Any updates to the roster this season will have to come from the draft, undrafted free agents and some bargain-level signings.

To that end, the team must figure out what to do about Watson and Tunsil. The team of which they were the cornerstones has long since disintegrated. Considering all of Watson’s issues; legal, contractual and otherwise, it will be the most difficult to move. Still, he offers the potential key to securing vital rebuilding resources (draft picks and/or young players). To a lesser extent, Tunsil could get a high draft pick as well as some other compensation.

Ideally, they can be moved and quickly. Watson’s salary climbs to around $40 million a year, and the team can’t pay that kind of money to let him be a healthy scratch. Tunsil would be better off on a team in contention at this point in his career, as Houston is several years away.

Caserio has his work cut out for him, but he didn’t get the big deal just to listen to Easterby’s sermons or watch Cal light up in Minecraft. His approach last year may have surprised, but the team is not on the rise. Usually, trading a franchise-level QB and top-level LT isn’t the smart move, but for the Texans to move forward is the way.

There was a photo somewhere in the Twitterverse where a fictional writer had listed the team needs for each team in the first round and said the Texans needed “everything”.

That is just about everything.

Barring any trades in the future, I think there needs to be new talent on the attacking side of the ball. Brandin Cooks can’t sustain performances like last season indefinitely, and we certainly can’t just rely on Nico Collins to become something. Also, the situation for the running backs is horrible. I’d rather walk on glass than see Rex Burkhead run one.

This team is so far from “a player away from contention” that it is extremely difficult to answer this question. With less than $20 million in current projected cap space, targeting any type of marquee player is futile, as they won’t have enough money left to fill the other 21 starting roles. Especially since there isn’t a single player on the current roster who should be considered a lock to keep a starting job in 2022. And, one player won’t have much of an impact. They could land Tom Brady in his prime and that wouldn’t get this team anywhere. He lined up behind a porous o-line, trying to run an absurd playbook, throwing to confused receivers and switching to ineffective running backs. As the saying goes, this dog does not hunt.

With that in mind, as BFD mentioned, trading the farm for more draft picks makes the most sense. In fact, trade anything and everything for more choices.

Redeem the No. 3 pick, Laremy Tunsil, Watson, Toro, season tickets, executive bathroom keys and anything of real or perceived value and use that return to build a core of promising young players – what they should have done last off season. And, while they’re at it, swap the owner and executive vice president of Rohan…although those two most likely come with seemingly insurmountable amounts of negative trade equity.

It’s a dead joke that Texans need everything and even if it’s true, that doesn’t mean it hurts any less to think about it.

In terms of free agency, Deshaun Watson has to go. It can no longer be a thing. Get your three first-round picks, or whatever you want for him, we can officially tear it all down and start rebuilding. I agree to keep Laremy Tunsil since he has not fulfilled his contract. I don’t think anyone would take that risk in a trade, but in terms of signing free agents, there’s not much to do. Find the guys who just want to take one year contracts to reset their market value and give them more money than anyone else. Don’t commit a lot of money long-term to someone just yet because you’re just not ready for it. Find a diamond in tough guys or guys who come out of bad seasons and take them to see if they become anything.

Now, as a draft enthusiast, I see a lot of people wanting to trade from three and get more assets, but trading when there’s no real quarterback prospect rated at our pick isn’t not a realistic option. Unless someone really likes one of these rushers or is just in love with Kyle Hamilton, sorry to say, but you’re stuck at three. NEVERTHELESS. Choose Kyle Hamilton. This guy is Devin White at security. Excellent tackler who adapts well to tight ends and is long enough not to have to push forward with fast wide receivers, but can still reach out and play on the ball.

I really like Devin Lloyd. I think he’s a pure athlete and he can be a key piece of defense. We’re slim at pre-free agency linebackers. I don’t trust Kayvon Thibodeaux right now and I don’t think he is. Just at this time not impressed.

I expect them to go low and hard. Just a short-term filler tactic similar to last year. I actually think they came up with a good free agent clip. I expect a quarterback to be signed too.