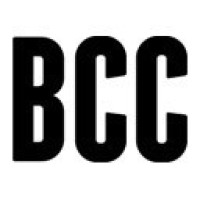 The Hebrew Bible does not mince words about the worship of Moloch. According to Leviticus, anyone in the land of Israel who gave their children to Moloch was to be put to death; not only that, God “would set my face against this man and cut him off from among his people.” In fact, two chapters earlier we read that one of the reasons God expelled the Cananites from their land was because the Cananites let their children “go through the fire to Moloch.” Leviticus 18 makes it clear that expulsion is not just in the past tense; if the Israelites offer their children to Moloch, they too will be vomited out of the land and cut off from God.

So who was Molech? According to the notes in my Jewish Study Bible, Molech was the Hebrew name of a Near Eastern god associated with the afterlife. Biblical tradition is uniform that the worship of Molech involved the sacrifice of children. Milton paints a devastating picture of Molech, an abomination and “horrid king stained with blood/Of human sacrifices, and parents’ tears,/Though the drown of drums and Timbrels loud/The cries of their children are heard, this past through the fire/For his sinister idol.

Today, of course, we don’t literally kill our children to worship various deities. But also, we do not limit our reading of Scripture to the narrowest and most literal interpretation possible. Famous, Pres. Virtually canonized Kimball[fn1] the idea that the biblical injunction against idolatry is not simply an injunction against the worship of gods other than God. Instead, “[w]Whatever a man places his heart and trust in is his god; and if his god is not also the true living God of Israel, this man works in idolatry. He expressly points to the wealth we have accumulated as our new false god.