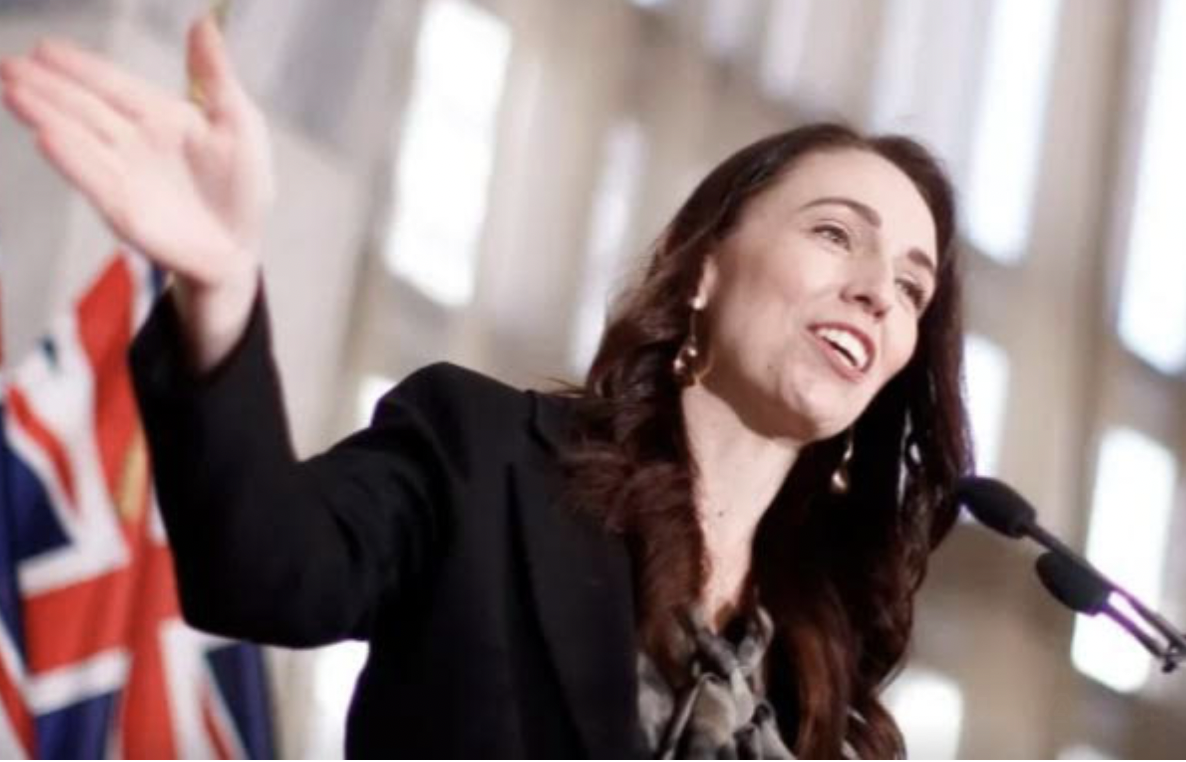 WHAT DO YOU THINK of a man who offers himself to high political office with the following credentials? He was raised in humble circumstances, fought his way out of poverty and, at 44, is a twice-decorated war hero. He does not eat meat or drink alcohol, loves animals and gets along easily with children.

Is it worth it?

Not when you hear his name. Not when you find out the man seeking your support is Adolf Hitler.

And yet, all the attributes listed above are completely factual. Adolf Hitler was all of these. But, merely listing facts, especially when stripped of their context, is not the same as telling the truth. To grasp the truth of Adolf Hitler’s contribution to world history requires more than just facts, it requires understanding, interpretation and judgment.

When Prime Minister Jacinda Ardern addressed her party’s annual conference on November 6, 2022, she wrapped herself in the legacy of Labor leaders who had come before her. That’s what she said:

“On the 9th floor of the Beehive Building in Wellington, sitting directly behind my desk, is a picture of Michael Joseph Savage. You could say he’s on my shoulder but also very slightly in my ear.

“Of course it was Savage and the first Labor government that lifted New Zealand out of the depths of the Great Depression. Not by cutting taxes and services, but by investing in jobs and creating a social safety net. They built the first state house in the country. And soon after these social reforms, New Zealand’s standard of living was among the highest in the world. Not for the few, but for the many.

“The finance minister who backed Savage, Walter Nash, went on to lead the second Labor government as he continued to build our nation’s welfare system, while advocating on the world stage for peace rather than war. after the Second World War.

“It was Norman Kirk and a Labor government that swung the country into a modern future with reforms in trade, health, arts and education. They worked hard to foster a renewed national identity and partnership with the Maōri – while challenging global evil like apartheid and nuclear testing.

“It was a fight that David Lange continued, denuclearizing New Zealand, while righting past wrongs by legalizing homosexuality and abolishing the death penalty altogether.”

There are many facts embedded in the Prime Minister’s speech, but little valuable truth.

It is certainly a fact that the second Labor government was led by Walter Nash, but to suggest that he was some kind of courageous pacifist visionary is very far from the truth.

Nash was 75 when he became prime minister in 1957 and was a notorious prevaricator and procrastinator. The two Labor ministers who led the second Labor government were Finance Minister Arnold Nordmeyer and Trade and Industry Minister Phil Holloway. The inspiration for these two men was a third – the senior civil servant and left-wing intellectual, Bill Sutch.

Knowing these things about the second Labor government, being able to place Nash and his colleagues in their own historical context, gives the current Labor member a radically different perspective on the possibilities of a social democratic government. Unfortunately, Ardern was unwilling to share even a small part of the truth about those three years. His only concern was to establish his place in the line of succession.

Poor Norman Kirk isn’t faring much better. Based on the Prime Minister’s summary, the third Labor government could easily be presented as laying the foundations for the fourth. The truth is, of course, very different. Kirk was a nation-builder who, like his Australian counterpart, Gough Whitlam, was determined to extend and extend the Labor achievements of the 1930s and 1940s. In other words, Kirk’s government represented the antithesis of Lange’s. .

Lange first attempted to water down anti-nuclear strategy, then ensured he was as far away from Wellington as possible when the critical decision to admit or deny entry to a US warship in visit could no longer be postponed. The decriminalization of homosexuality was effected by a private member’s bill in the name of Fran Wilde on a vote of conscience. It was not a government bill and Lange had nothing to do with it. The great battle over the death penalty for murder had been won twenty-three years before Lange became Prime Minister. This was accomplished under a National Party government in 1961. All the fourth Labor government abolished, thanks to Sir Geoffrey Palmer (not Lange), was the death penalty for wartime treason.

Ardern’s reference to the Fourth Labor Government shows how the truth can be obscured by the presentation of some highly dubious ‘facts’. If she had wanted to speak honestly to her party, she could have explained to conference delegates that the reason so little was accomplished under her leadership was that the fourth Labor government consciously decided to disempower the state and carefully dismantled all the mechanism that allowed previous Labor governments to make New Zealand a better place.

It is quite possible that Ardern approves of the “reforms” of David Lange and Roger Douglas. Admittedly, neither she nor her finance minister, Grant Robertson, saw fit to roll back the neoliberal revolution initiated by the Lange/Douglas partnership. And that’s fine – as long as she doesn’t claim to be yet another crimson link in the long Democratic-Socialist chain that begins with Harry Holland in 1919!

The Labor Party does not like to be criticized and fiercely protects its leaders. Over the years, he’s discovered that the best form of defense is to personally attack anyone who calls attention to his shortcomings. However, the success of this strategy is crucial to fostering a pervasive political amnesia within its ranks and encouraging a deep level of historical ignorance. The measure of the success of these Labor apparatchiks is that to this day no member of the party has dared to protest against the Prime Minister’s grotesque misrepresentation of Labor governments that preceded his.

There is so much Labor could learn from its past. So much courage to draw from the men and women who refused to be told that their projects went beyond the framework of practical politics. People who didn’t have to pass themselves off as radical reformers. A party that said “Let’s do this!” – and then did.