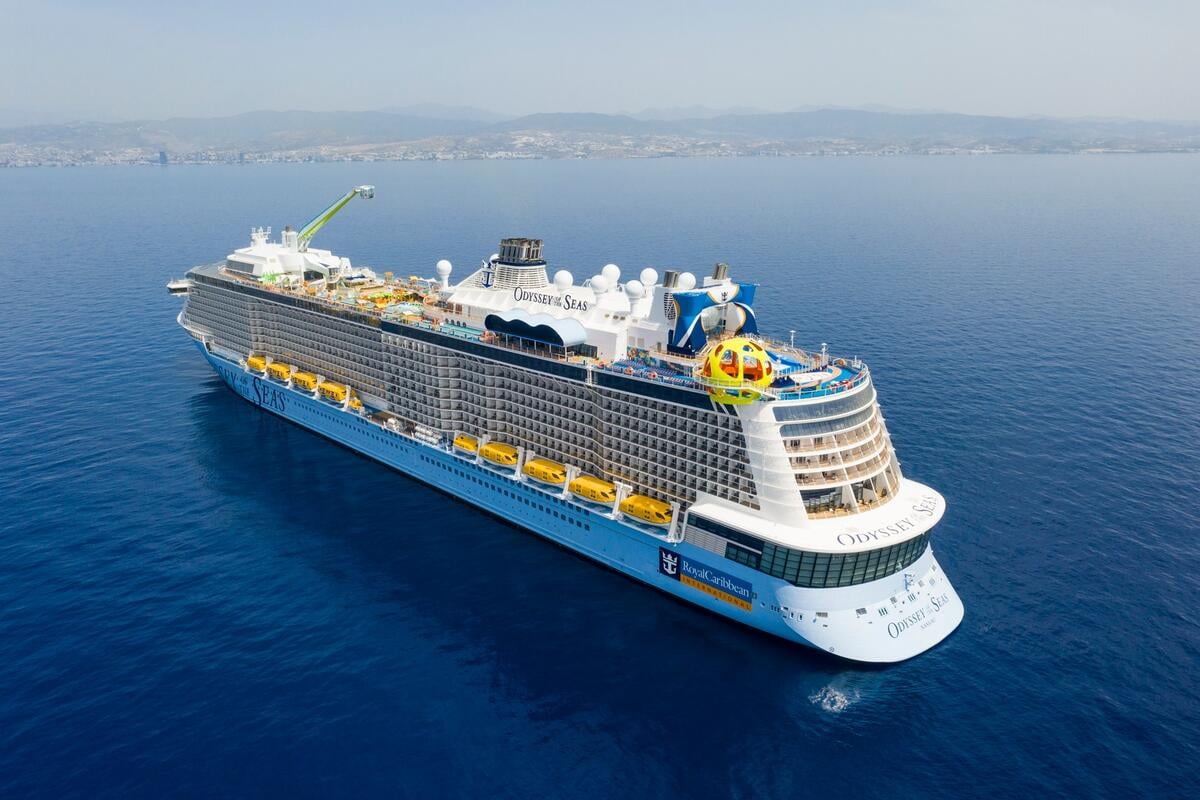 Have you ever wondered how much Royal Caribbean earns on average per cruise ship passenger?

Before the global health crisis, the cruise industry was a very profitable business, with revenues approaching record highs. It took a major hit in 2020 and 2021, but Royal Caribbean has released numbers in its quarterly report that indicate it’s on course to return to profitability.

With that in mind, sometimes it’s fun to peek behind the corporate curtain and see the breakdown of the numbers.

If you care to look into the Form 10-Q that Royal Caribbean Group filed with the U.S. Securities and Exchange Commission, there are a few interesting points to remember about how your cruise fare is spent and the share that comes back as profit.

In Royal Caribbean Group’s filing for the second quarter of 2022, we get a breakdown of revenues and costs that contribute to and subtract from the company’s bottom line.

Like any business, they aim to have more income than expenses.

The company breaks down its revenue into two types: “Passenger ticket revenue” and “Onboard and other revenue”.

Passenger ticket revenue refers to the money you spend on your cruise fare.

Onboard revenue is the money you spend on cruise extras, such as drink packages, shore excursions, wifi, casino and anything else not included in your cruise fare.

In the second quarter, the turnover of Royal Caribbean Group breaks down as follows:

It’s just the money coming in, so what about the costs of running a cruise ship?

Cruise operating expenses are the costs of running the ships themselves. There are additional overhead costs that the business has ashore, which we are not considering for this article as we want to look at vessel operating revenue only.

Commissions means travel agent commissions paid for booking the cruise, as well as airfare and other charges, port charges which vary with the number of passengers and related credit card charges.

Payroll is the salary of all crew members on board.

Other operating expenses mainly include operating costs such as repairs and maintenance, port costs which do not vary with the number of passengers, ship-related insurance, entertainment and earnings and/or losses related to the sale of vessels, if any.

I think the other categories are self explanatory.

Here are Royal Caribbean Group’s expenses for the quarter:

If we’ve learned anything from the economy of the past two years, it’s that Royal Caribbean is profitable when there are so many cruise ship passengers on board.

Part of the reason Royal Caribbean Group is starting to see profitable days ahead is that its ships are once again sailing at full speed.

The company shared that during the quarter its ships sailed around 82% full, with June at around 90%.

Here’s a breakdown of how full ships are by what region of the world they sailed in.

A percentage greater than 100% indicates that three or more passengers occupied certain cabins.

As a high fixed cost business, a cruise ship must carry as many passengers as possible.

Royal Caribbean Group CEO Jason Liberty said on the post-earnings conference call with analysts to turn a profit the company needed to maintain occupancy levels above 90%. In the third quarter, occupancy is expected to be in the mid-90s.

Before the pandemic, Royal Caribbean had a profit margin of around 20%, and the amount of money customers spent on add-ons was the determining factor.

According to Royal Caribbean Group executives, every dollar a guest spends before the trip translates to about $0.70 more on the dollar while sailing and doubles overall spending compared to other guests.

To help their cause, Mr Liberty said customers were spending at least 30% more “across all categories” than they did before the 2019 pandemic.

“Spending trends were consistent across our customer base, even as we approached full load factors,” Liberty said.

In terms of costs, operating expenses have increased for the company.

Mr Liberty said that while food and fuel are the main inflation-sensitive categories, “there are some early positive signs” in terms of inflation trends for food.

“Our latest month-over-month ETF (food and beverage) inflation gauge rose at the slowest pace so far in 2022,” Liberty said. “That, combined with direct conversations with our major suppliers, indicates that inflation levels are reaching record highs, so we should start to see some relief in the coming months.”

As for fuel, Liberty said the company continued to “optimize” fuel consumption and partially covered its costs below market prices.