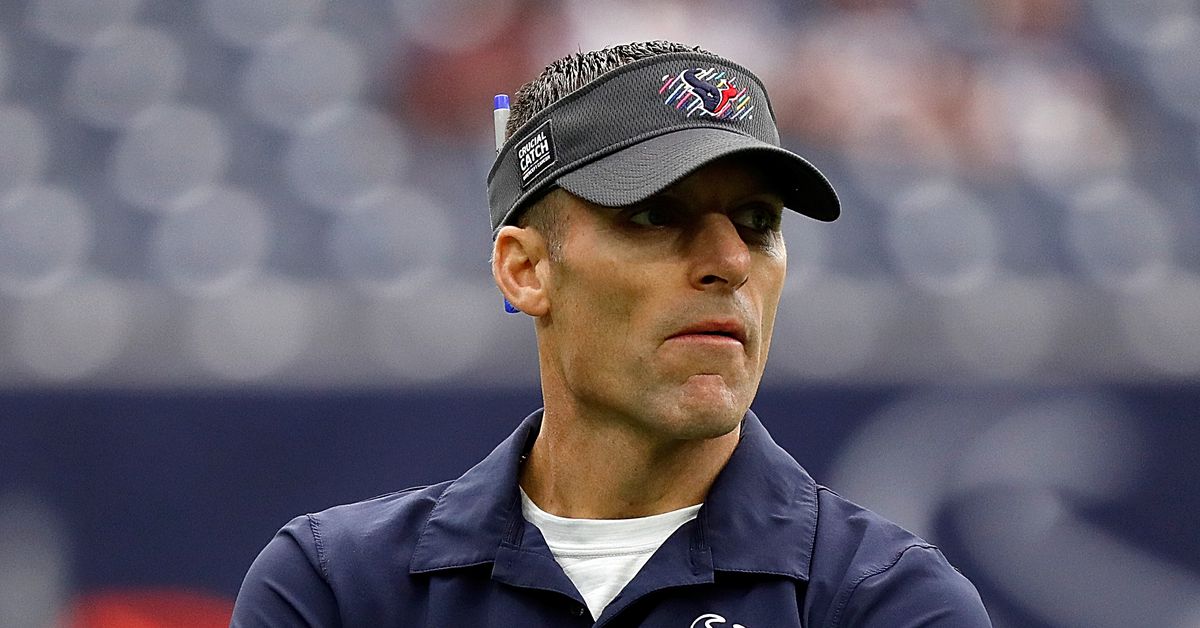 How to rebuild the Houston Texans

How do you want the Texans to rebuild?

The first step is carved in stone, and that is to find your calling signal, whether it’s Davis Mills or not, that’s always the first step. The second stage, however, is where things get tricky. Would you rather spend high value draft picks protecting your franchise guy and then spend the money on high value free agents for weapons, or the opposite would you rather spend high value picks on weapons for your quarterback, then spend a lot of money to protect your quarterback.

I believe in building from the trenches. Assuming you have your franchise quarterback, I strongly believe in offering him a great left tackle and then going out and getting a smart cross. If you look at some of the most successful young quarterbacks, most of them have good crosses. The Buffalo Bills went out and paid a bounty at the time for Mitch Morse, the Los Angeles Chargers also paid a bounty for Corey Linsley, and the Arizona Cardinals went out and acquired Rodney Hudson for Kyler Murray . Those same three quarterbacks also have high-value left tackles. The Bills have Pro Bowler Dion Dawkins, the Chargers spent a lottery pick on Rashawn Slater, and the Cardinals spent big money on DJ Humphries. Even look at Lamar Jackson. Baltimore spent a lot of money locking up Ronnie Stanley. The first steps after finding your franchise quarterback are to lock in a blind blocker and get a smart center. For the Texans, Laremy Tunsil currently sits at that left tackle, but since signing that massive extension, he hasn’t played as the seventh-best left tackle in the league.

The second phase is to get weapons for your quarterback. Reconstruction teams should spend draft picks on receivers, instead of spending a lot of money on them, let the guns grow with the quarterback and grow together as soon as that receiver hits the NFL. However, once the quarterback has established himself, it’s time to go out and pay big bucks for the guns.

Never. And I mean NEVER. Splurge on a running back. The NFL is in a transition period where teams are going to a committee of running backs instead of sticking with one guy with the only real outliers being Derrick Henry and Jonathan Taylor. I’m not against paying ball carriers if it works. Henry is the vocal point of the Tennessee Titans offense, Alvin Kamara literally carries that New Orleans Saints offense on his back, and Dalvin Cook saves the Vikings multiple times a season. Yet there is a flip side to this. Ezekiel Eliot is the highest paid running back in the league and he’s not even the best guard on his team, Christian McCaffrey is great but he’s never healthy, and the New York Giants have passed the second overall pick over Saquan Barkley instead of Quenton Nelson. The best running teams in the NFL have rookie contract running backs and committee backfielders.

The third phase is where the defense comes into play. Most teams build their defense from front to back. Defensive line at the linebackers then at the secondary with a major exception, the New England Patriots who build their defense from back to front. Texans general manager Nick Caserio, for better or worse, is a disciple of Bill Belichick, so they’re expected to build the defense like New England.

Personally, I would start in the middle. It put a lot of value in the signaling defense, and most of the best defenses have solid to excellent linebackers. The Patriots have former Pro Bowler Donta Hightower, the Bills have Matt Milano and Tremaine Edmunds, the Saints have Demario Davis, the Bucaneers have Devin White and Lavonte David, the Colts have Darious Leonard and the 49ers have Fred Warner. All-around linebackers are becoming a hot thing right now in the NFL because of the wide variety of roles they can play.

From there, he turns to the defensive line. Get a damn rusher pass. There’s a chance in this upcoming draft to take a really good passing thrower, and that opportunity doesn’t come around very often. A solid pass thrower does so much more than just get sacks, he frees the guys inside because he demands a double team. It forces the offense to keep a tight end or pass block return, limiting a team’s pass-catching options. A strong pass thrower makes life horrible for linemen and quarterbacks and that’s why they get paid. The inside line comes next and it’s interesting with the Texans because Roy Lopez and Ross Blacklock both had solid seasons and are on rookie contracts. It’s weird because for a roster so full of holes, the inside of the defensive line has serious potential.

Finally we come to the secondary, the only reason it’s last is because locked corners are really hard to find, and they’re not only hard to find, they’re even harder to develop. When Marlon Humphrey was drafted he had a terrible rookie season where he barely started, his next year improved but not by much, and in his third year he finally broke out as a solid corner with a huge take-out potential. There aren’t many guys in the league where you can say match with every receiver in the league. Jalen Ramsey, Tre’Davious White, JC Jackson, Marlon Humphry, Xaiven Howard, Marshon Lattimore and Darius Slay are some of the top guys who are comfortable going one-on-one against the other team’s top receiver. Good securities aren’t easy to come by either, and when you have one, it’s hard to justify paying for them unless it’s a game-changer.

This is the order to have a successful reconstruction. The Texans need to find a center for Davis Mills, draft skilled players, choose not to invest heavily in running back, find a top linebacker, develop their pass rush, and then focus on the secondary. If they do, the next good Texans team could arrive sooner than expected.