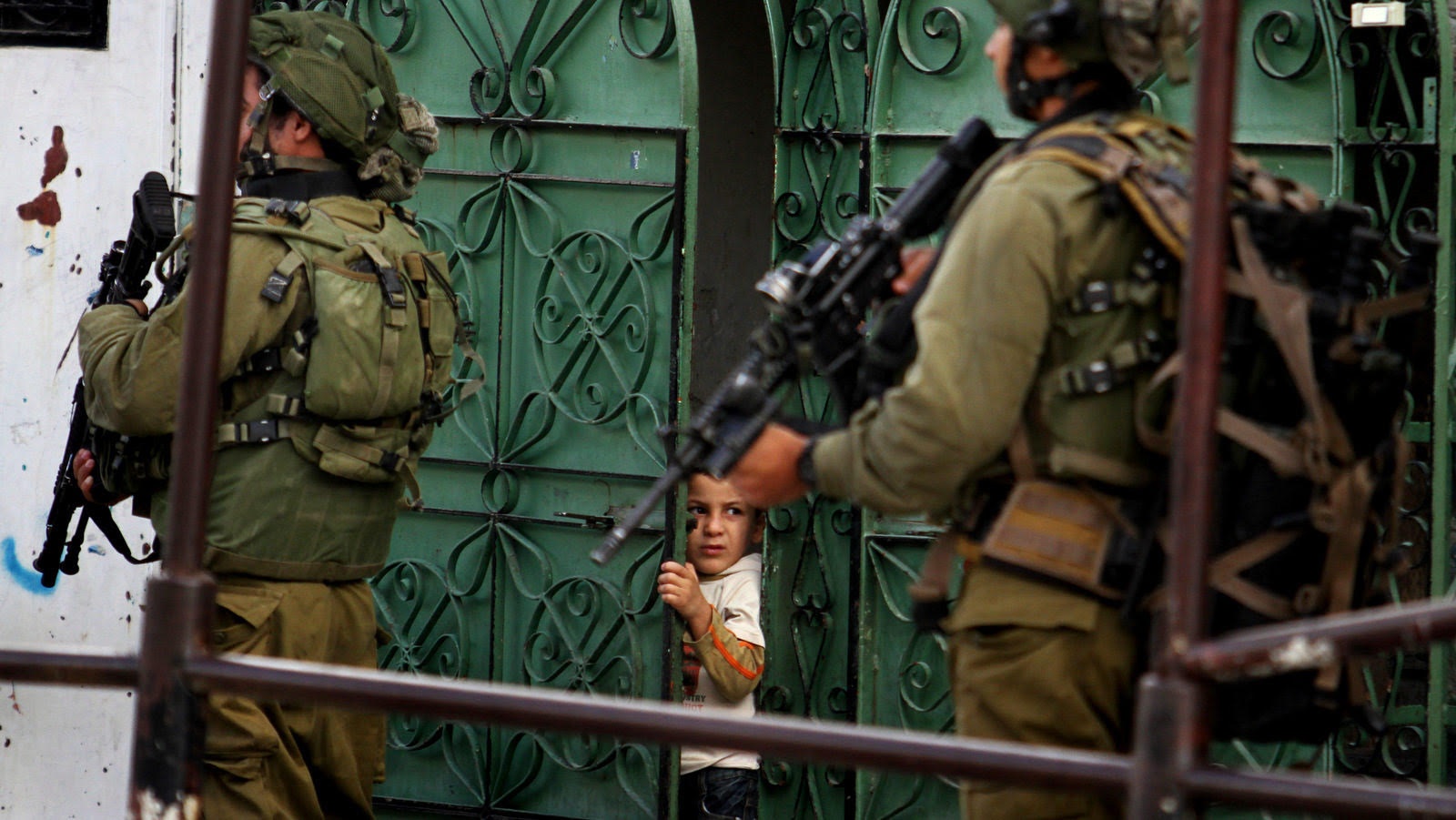 Invasion and Resistance | The daily blog

As War Crimes in Ukraine Rise, Western Media and Government Leaders Unite in innocence, as if the American invasion of Iraq and other Western human rights abuses never happened. A US offer for Ukraine will join NATO is revealed in US internal documents, published by WikiLeaks as well as a old american AAmbassador to Russia, Jack Matlock (an expert on Russia in the United States Ddiplomatic VSbody) who wrote recently before the invasion: “Since Putin’s main demand is the assurance that NATO will not take any more members, and in particular not Ukraine or Georgia, it is obvious that the current crisis would not have had no basis if there had been no enlargement of the alliance after the end of the cold war, or if the expansion had taken place in harmony with the construction of a security structure in Europe including the Russia.

Noam Chomsky, in an interview with Jewish Voice for Labour, made a crucial observation: “There are good reasons to believe that this tragedy could have been avoided, until the last minute. We have already discussed this several times. As to why Putin launched the criminal assault at this time, we can speculate at our leisure. But the immediate background is not obscure, eluded but uncontested. It is easy to understand why those who suffer from the crime may find it an unacceptable indulgence to ask why it happened and whether it could have been avoided. Understandable, but wrong. If we are to respond to tragedy in a way that helps the victims and averts even worse disasters looming on the horizon, it is wise and necessary to learn as much as possible about what went wrong and how the course could have been corrected. Heroic gestures can be satisfying. They are not useful.

Chomsky also expanded the subject, in order to wake us up: “. . . we should also try to find ways to help a much wider class of victims: all life on Earth. This disaster has come at a time when all the great powers, indeed all of us, must work together to control the great scourge of environmental destruction that is already taking a heavy toll, with far worse soon to come unless that major efforts are undertaken quickly. To underscore the obvious, the IPCC has just released the latest and by far the most ominous of its regular assessments of how we are headed for disaster. Meanwhile, necessary actions are stalled, if not reversed, as much-needed resources are poured into destruction and the world is now on course to expand the use of fossil fuels, including the most dangerous and abundant of fossil fuels. between them, coal. A more grotesque conjuncture could hardly be imagined by a malevolent demon. It cannot be ignored. Every moment counts. »

Yesand In speech delivered last December, Ukrainian President Volodymyr Zelensky hails the State of Israel as ‘an example’ for ukraine and this year the April 5, declared on Pofficial site of the resident that Ukraine “will definitely become a ‘greater israel‘ with his own face. He continued: “We will not be surprised if we have representatives of the Armed Forces or the National Guard in all the institutions, supermarkets, cinemas, there will be people with weapons.”

With global attention now firmly focused on the human misery imposed by Russia’s invasion of Ukraine, Israel’s daily human rights abuses are likely to fade even further from public view – no doubt with much relief in pro-Zionist circles. However, the defense of the human rights of the Palestinians must continue to be supported even more vigorously.

In which british bbc article referred to as “call to defend the nation, Radio New Zealand reported that Ukraine The National Security and Defense Council urged his citizens to engage in “cocktail resistance” and use Molotov cocktails against the Russian invaders. It needs couragee, for one person, at fathis a highly militarized alien invader with something as small and personal as a gasoline bomb. Jwestern media report strongly appreciate the determined resistance shown by some Ukrainians, Again Is ignore or alternately, denigrate similar acts of resistance taken by Palestinians versus another invader, aligned to the west and -financed zionist regime, Israel. Ukraineit is highly effective military defense force possesses succeeded at in slow motionw down Russiansan advance but the militarily occupied Palestinians to stay defenseless.

Israel is subjugateing a ppeople whose land there been gradually annex for decades. Llast month, a Young A Palestinian, Ahmed Seif, shot dead by Israeli forces, died of his injuries. He had been shot three times in the stomach during a protest demonstration in the village of Burqa. The Israeli army said it “retaliated with live fire” because the “rioter” had “thrown a Molotov cocktail at the troops”. Also last month, a 16 years old youth, Yamen Jafal, was shot by the Israeli Army, near Abu Dis, again after launch gasoline bombs. Jwestern media never report such a murdergs by Israel. NOTbeginning 2.9 million Palestinians are forced to give way to about 475,000 Jewish settlers Oto occupy in the West Bank in settlements considered illegal under international law. the the forces imposing the settlers frequently invade Palestinian homes, day and night, and both settlers and military raid on Palestinian farmland as well as committing crippling acts of agricultural sabotage. Settlers move freely through the occupied West Bank, while Palestinians are strength wait at Israeli military checkpoints ‘bymisson‘ to travel – noto amazing that people are protesting!

Israel’s intentionally ruthless blockade of Gaza is even more restrictive. While Israeli forces move in and out of Gaza whenever they want, thiss isolation of Gaza, land, air and sea amounts to collective punishment and a flagrant violation of international law. Snever restrictIsure of imports and exports, as well as access to closedland and fishing at sea, means Gaza’s economy, vital infrastructure and services collapse. The harsh reality of this oppression for all can be summed up in the recent experience of one family: March 25h This year19-month-old Fatma Jalal al-Masri died at European Hospital in Gaza, after Israel denied her access to Al-Makassed Hospital in Jerusalem, although she was given a referral medical and three hospitalization appointments there.

Jhe Israeli human rights movement, B’Tselem, frequently reports on Israel’s contemptuous and callous military training exercises in the northern Jordan Valley. Three Palestinian villages as well as eleFri other Palestinian communities in the area are subjected to the deployment of troops and tanks, mortar fire and the the use of live ammunition. Pthe people are in class leads from their house while farmland and pasture are ruined. The Israeli army blocks access to the roads whenever it sees fit. Israeli military drills carelessly leave unexploded ordnance behind, causing occasional injuries and sometimess even death. B’Tselem explains that the military training is part of “Israel’s long-standing policy of driving Palestinian communities out of the area. Instead of openly loading residents into trucks and evicting them, Israel goes to great lengths to create impossible living conditions that will eventually drive them out of the area, apparently on their own. In accordance with this policy, Israel also demolishes homes and agricultural facilities while encouraging settler anddenying Palestinians accessss to basic services, such as electricity and running water.

On the first of this month, Israeli occupation forces, firing live ammunition, rubber bullets, stun grenades and tear gas canisters, invaded Jenin as well as a number of houses in the UN refugee camp in Jenin, killing 17-year-old refugee Sanad Mohammed Khalil Abu Atiyah and Jenin resident Yazid Nidal Saad Al-Din Al-Saadi. Fifteen people were injured in the raids. On the same day, in Jenin, near the entering Araba, the Israeli army ambushed and opened fire on a vehicle carrying three people, whom the Israeli occupation described as “wanted” people, killing all three.

Western governments refuse to accept calls to restrain Israel, and the Zionist regime continue to belong in media outlets as Eurovision and EU research projectyou to like Whoarice 2020. Israel also benefits from lucrative arms deals and huge financial aid. United States is Israel’s most generous support and European countries also supperWhere his midliterary. In addition to everything andto the israeli regime continues to maintain full diplomatic and trade relations with most countries. Jthe international communitythe selective response to violations of international law and human rights betrays anddare victims who are the the most defenseless.

NOTNew Zealand Foreign Minister Nanaia Mahuta calls for “Russia to be held accountable for war crimes and atrocities committed against innocent civilians”. Why so does it ever demand that Israel be called to account?

The Value of Things: Tanking (Part One)