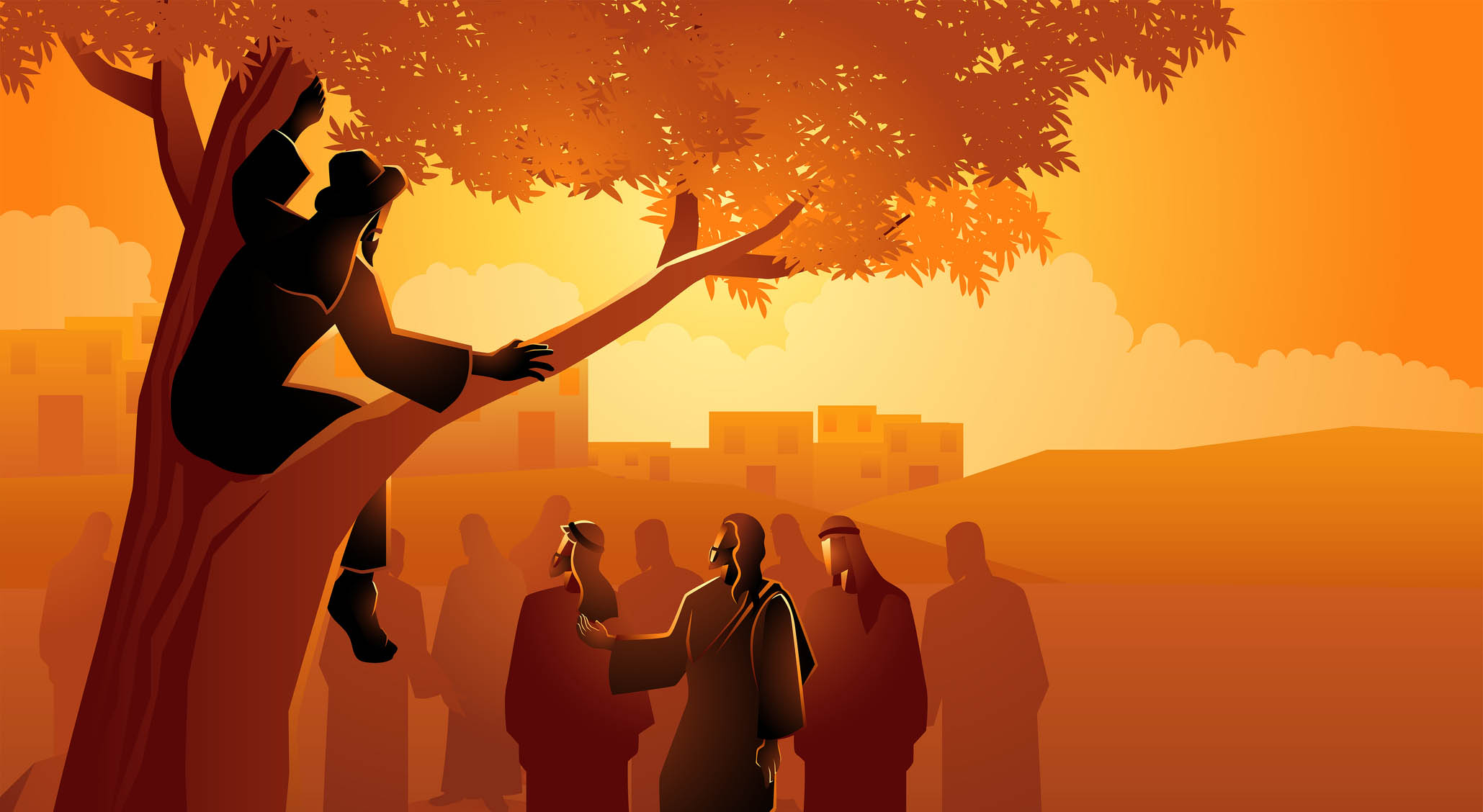 I feel like Zacchaeus is perhaps one of the most misunderstood people in the Bible, and that says a lot! Who was this tax collector who met Jesus in Jericho? Although he is best known for his short stature, what else do the scriptures teach us about this man? And why does Jesus “must” stay with him? Finally, how does actually hearing the words of Zacchaeus teach us the ways of God? Let me make the case for understanding Zacchaeus as one of the most righteous people Jesus encounters in his earthly ministry.

We are presented to Zacchaeus as a “head of the tax collectors who was rich”. He collaborated with the empire to transfer the wealth of the people to those who were already in power. Zacchaeus was probably already wealthy when he was chosen to be a chief tax collector. Often important people in a community were coerced into positions of responsibility to ensure that the occupying Romans received taxes, whether they wanted the responsibility or not. Presumably, money collected by other tax collectors passed through Zacchaeus to the Romans to fund their occupation of the Holy Land. It would be natural for someone who was not Roman to hate Zacchaeus and see him as an arch-sinner, which seems to have been the case (Luke 19:7).

I’m not going to spend a lot of time talking about the tree that Zacchaeus climbed. I know this is everyone’s favorite part. But it’s more important to ask Why he climbed the tree. Maybe it was just because he was small and couldn’t see over the crowd. But why not just sneak past people and stand in front to see Jesus? I argue that Zacchaeus dared not touch the crowd since he was perpetually ritually unclean due to his continuous contact with Roman idolatry coinage. The Mishna, and later the Talmud, say that Jews who collected taxes for the Romans were to be considered thieves (M. Tohorot 7:6; LV Chagiga 25a). I believe the tree was the only safe place for Zacchaeus in the crowd of people who wanted to see Jesus.

But Jesus didn’t call Zacchaeus, himself or any of us to safety. Instead, He calls us to relationship. When Jesus told Zacchaeus to come down so he could stay with him, people immediately complained. Zacchaeus heard their complaint, stopped short, and made his case to the only person who would listen: “Behold, Lord, I give half of my goods to the poor, and if I extorted someone, I give them back the quadruple” (8).

Note that we have Zacchaeus’ speech reported in the present active indicative, not the future tense. He wasn’t telling Jesus what he would do because of their meeting. Instead, he described his current practice of giving away half of his wealth. Moreover, Zacchaeus scrupulously examined the wealth that fell into his hands, and whether it was done by extortion (“Sycopanteo” is one of my favorite Greek verbs), it has already given back four times what was taken.

I believe the tree was the only safe place for Zacchaeus in the crowd of people who wanted to see Jesus.

Zacchaeus was ostracized by the religious community due to a position he was probably forced into as a prominent person. He was shunned and excised from community life. Jesus held out his hand to tell him that the chief rabbi whom everyone was gathering to see would be staying with him. People weren’t exactly knocking on Zacchaeus’ door to enjoy his hospitality. When the crowd murmured against Jesus, Zacchaeus took the opportunity to explain to him, but I am thinking even more of his neighbors, that he did not get rich by collecting taxes. Instead, he gave at least half of his wealth to the poor. Couldn’t people see that Zacchaeus was a good man forced into a bad position? He probably supported the Roman occupation no more than Simon of Cyrene, who was forced to carry the cross of Jesus.

Jesus recognized Zacchaeus’ deep pain at his expulsion from the community. He proclaimed that salvation had come to this house because Zacchaeus, too, was a son of Abraham. Jesus came to seek and save the lost, and Zacchaeus was certainly lost to the community. In Jericho, Jesus’ act of healing does not exorcise evil spirits or heal wounded bodies. Instead, Jesus accepted hospitality from someone the community had shunned because of how he was forced to collaborate with injustice and empire.

Jesus doesn’t just hang out with the people we like or approve of – he comes to save everything the loss. May we never chase Zacchaeus up a tree. Instead, may we be more like him by opening our hands and our homes to the poor and wandering.