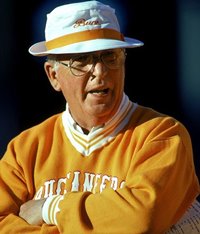 The original Bucs coach was as much a comedian as a football coach. The guy always had a one-liner.

Joe’s favorite was, in a post-game huddle with reporters, McKay said, “Well, we didn’t block very well today. But we made up for it by not attacking each other. »

This came to Joe’s mind right away when he read Jeff Kerr’s article on CBS Sports where he noted that the big problem with the Bucs is that they can’t run as a block and that they cannot attack each other.

Other than that, how was the car ride, Mrs. Kennedy?

It’s just not enough to win games, even with Tom Brady at quarterback. Averaging 3.0 yards per carry and 4.8 yards per carry (6.7 over the past two weeks), is a doomed formula.

The Buccaneers can’t run and can’t stop the run. Simple.

When you give up more than double the number of rushing yards you’re running, it’s often a recipe for disaster.

And if you told a Bucs fan that the Bucs, with a healthy Tom Brady, would start the season 3-5, yes, that would be considered a disaster.

If Joe were to type that the Bucs are soft in the interior trenches, how many would say?

“Well, we didn’t block, but we made up for it by not tackling” – John McKay #buccaneers https://t.co/q2ODcSJhiX pic.twitter.com/AwBaax51dQ

How Julie Powell and her blog “Julie/Julia” changed food writing