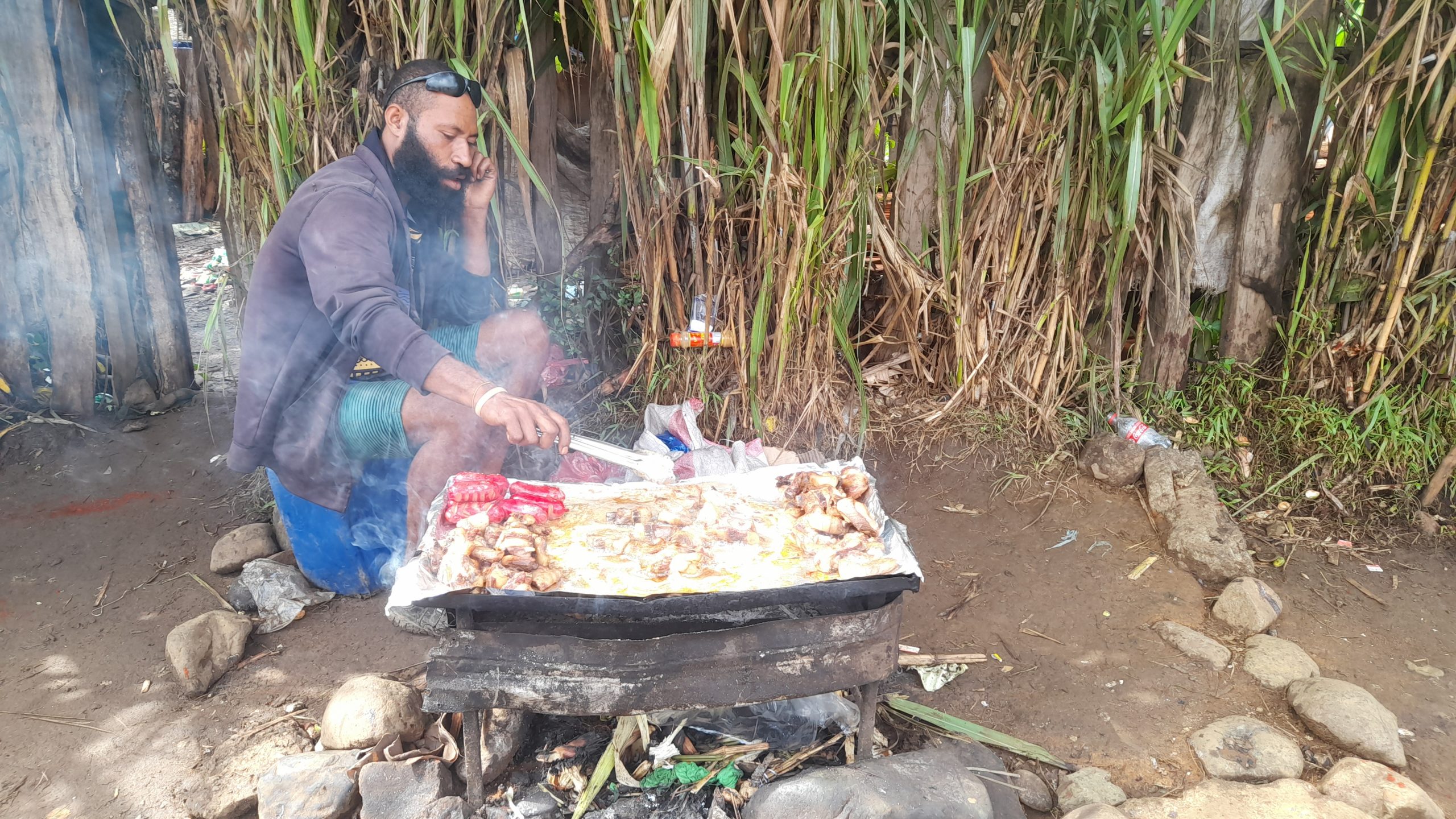 The first betel nut ban was introduced in 2013, but was lifted in 2017 after it was discovered that betel nut was smuggled by sea, and NCD reservists were involved in a shooting linked to the ban.

The second ban, on the sale of betel nut and cooked food in public places, was introduced in 2017, about two months after the NCDC Governor had removed previous ban on betel nut. According to the city manager of NCD at the time, the the ban was introduced because of “an increase in trash, petty crime and other health and safety issues in the city”. This ban continued in 2018 during and after the APEC summit. The total ban on betel nut was replaced by a partial ban, which allowed sales in markets but prohibited them in public places, malls and shopping areas.

The third ban, in 2019, banned the sale of cooked food. Like previous bans, many sellers did not comply with this ban because this activity supported their livelihoods.

The last ban introduced before this was in 2020. The sale of cooked food had been banned during the COVID-19 state of emergency by the National Pandemic Controller. After the easing of pandemic restrictions, the NCDC reintroduced its ban on betel nut. Under this ban, offenders faced a K10,000 fine or three years in prison. Enforcement of this ban, which is believed to still be in place, is questionable given that betel nut is sold almost everywhere and there are no reports of violators being fined or thrown in jail.

In short, the previous bans have all failed. Either they have been withdrawn or they are still in place but not implemented. What are the reasons for this failure?

First, prohibitions drive these activities underground. With betel nut, it creates a possibility of smuggling to thrive. Bans on cooked foods are either ignored or make this activity widespread underground and harder to regulate.

Second, these bans affect countless households, both producers and sellers. About 70-80% of the city’s adult population use or sell betel nut. Poorly paid workers gathered around a kitchen stand sizzling with sausages, potatoes, bananas and kaukau is a common sight in Port Moresby. Banning cooked food would deprive these workers of economical meals. This is not the right time to ban the sale of cooked food, with the cost of living rising due to runaway inflation.

Third, the app is still controversial and causing widespread public outcry. At the height of one of the first betel nut bans, there was widespread harassment reports, violence, abuse and in some cases, death. The effectiveness of the deployment of NCD police and reservists to enforce these bans leaves much to be desired. Their the approach is conflicting rather than respectful.

It is disappointing that the NCDC has not itself learned these lessons. It is also strange that the NCDC Governor has already indicated that he will reconsider this decision which has just been made. Wouldn’t it be better to review past experience before repeating a failed strategy? And what does this say about the relationship between the governor and the NCDC leadership?

A assessment carried out in 2017, but not yet published, found that a total ban was not the best way forward for all stakeholders, including chewers and sellers. Experience on the ground clearly shows that the earlier ban, instead of improving hygiene, made the problem worse. The banning of betel nut has made this industry even more lucrative. The winners are the offenders.

NCDC management used the Informal Sector Development and Control Act 2004 to justify the introduction of the ban. However, the law does not in any way support the imposition of a ban on informal economic activities such as the sale of cooked food. In addition, questions have been raised about the the legality of these prohibitions. In fact, the NCDC acknowledged during a stakeholder workshop it organized in 2018 on the betel nut ban, that there were gaps under the betel nut prohibition law and therefore the law could not be enforced by the courts.

Mekeo-Kuni LLG betel growers in the central province have also challenged one of the NCD betel nut bans in class. This case has not yet been decided, but in 2013, the Lae City Court reversed the decision from the Lae City Council to close the informal market at Voco Point, a commercial hub for sellers of cigarettes, food, cold drinks and small goods.

The alternatives to bans are education and regulation. The NCDC should deploy trained health inspectors to the streets of Port Moresby, to carry out routine inspections and promote awareness to ensure that the sale of cooked food and trade in betel nut complies with the health and safety rules and standards, in accordance with NCDC’s own regulations. as well as other relevant laws such as the Informal Sector Development and Control Act 2004.

The NCDC should also engage in dialogue with affected traders. This would be facilitated if the sellers were organized into associations. Gordon’s Market Vendors Association and the Little Income Generating Women’s Association are good examples, but need more promotion. NCDC has made inroads in this area through its work with UN Women through the Safe Cities program. It should fully institutionalize this program so that it is sustainable.

It is clear from the Port Moresby experience that bans of the type just introduced are no solution at all. The current ban will be no different. The NCDC needs to take a different approach, focusing on raising awareness, regulating and organizing informal micro-entrepreneurs into vendor associations.

This research was undertaken with the support of UNA-UPNG partnership, a PNG-Australia Partnership initiative, funded by the Department of Foreign Affairs and Trade. Opinions are those of the author alone.

Massage – the healing power of touch