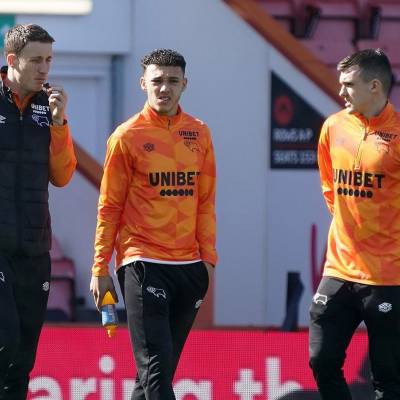 Manager Wayne Rooney has made a change to the side that beat Barnsley 2-0 last weekend for this afternoon’s Sky Bet Championship game against AFC Bournemouth (3pm kick-off).

The Rams are making the long trip south in a bid to secure back-to-back league wins following their victory over the Tykes at Pride Park Stadium seven days ago.

Ravel Morrison scored a brace for Derby in the game, his first league goals of the campaign, and he retained his place in the starting line-up against the Cherries.

Rooney makes just one change to his starting line-up as Lee Buchanan replaces Festy Ebosele, who moves to the substitutes’ bench.

Elsewhere, Malcolm Ebiowei starts his second league game for the Rams while Craig Forsyth returns to the bench in place of Louie Sibley.

The Rams have already tasted success against Scott Parker’s side this season, winning 3-2 at Pride Park Stadium on a dramatic November afternoon.