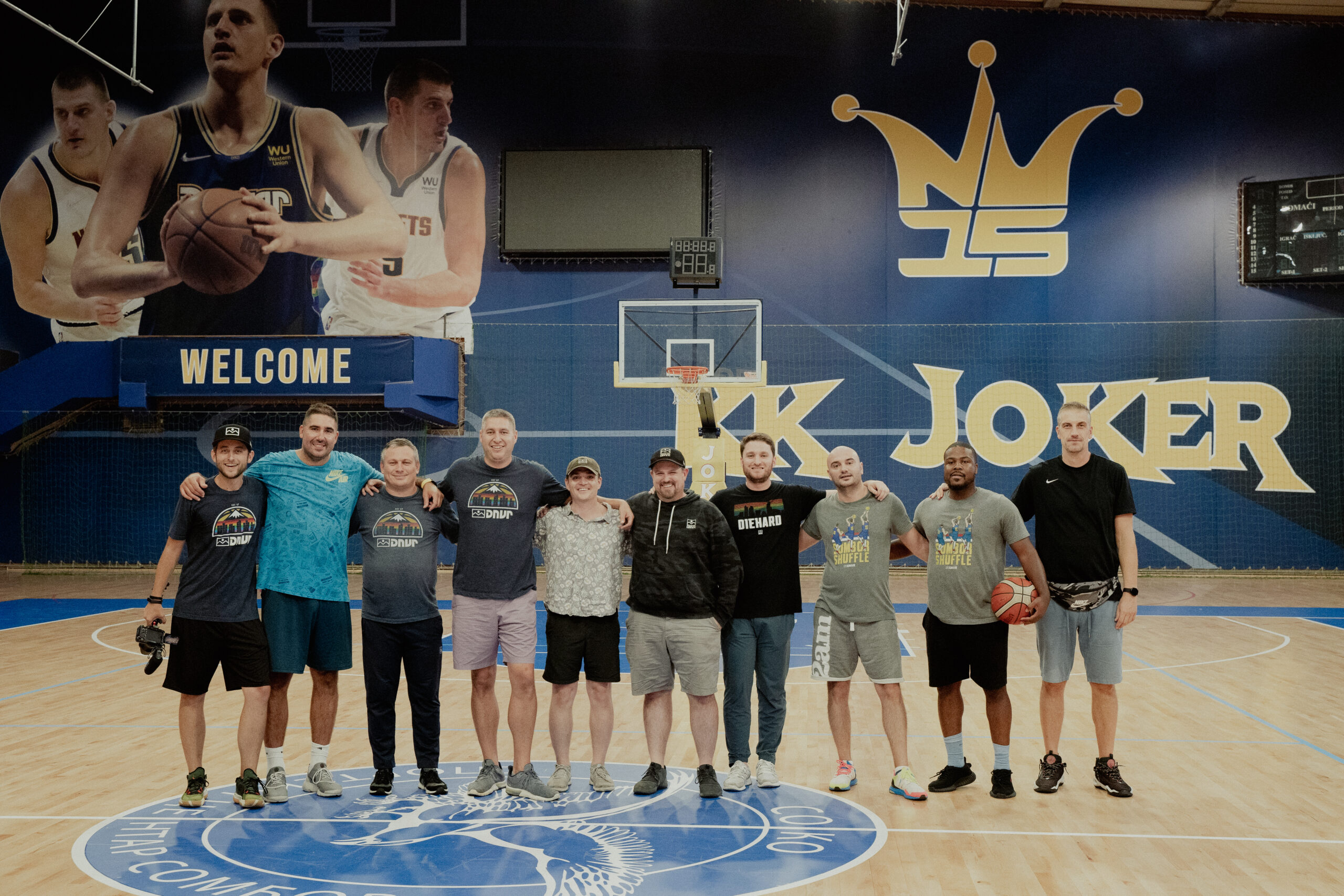 For years we have heard stories about Sombor. For us, it’s a distant land that has that fairy tale essence. It always seemed like a magical place. KK Joker, the local basketball club that Nikola Jokic played for long ago, Jokic’s old school and the concrete ground he grew up on, the stables and the Sombor race track are all here. We knew these places existed, but we never knew if we would actually be able to feel them for real.

We arrived in Sombor on Sunday afternoon and met Jokic’s first coach Srdjan Stojkov at KK Joker. Srdjan gave us a behind-the-scenes tour of the entire facility, changing rooms and team offices, and let us into the gymnasium. It was an amazing experience. Mostonga Hall, the KK Joker facility, is old and was built in 1971. Some parts look very old school while others have been redone.

Once you walk through the doors, dim lighting and a pink brick hallway lead to a sparkling courtyard that can hold 1,000 fans. We’ve been told that Jokic and his family help lead the team and have invested heavily in the facility. They also recently upgraded the pitch to the standards needed to play in the Serbian First Division (KK Joker currently plays in the Second Division.) Branislav Jokic, Nikola’s father, is the chairman. Changing rooms and offices have also been redone recently. Srdjan shared stories about Jokic he remembers coaching him and we got to shoot on the pitch. It was special.

We then drove with Srdjan to the stables. Yes, Dream Catcher Stables. Surreal doesn’t even begin to describe what it’s like to be there. It was too perfect, almost fake. But the funny thing is that it’s exactly as you imagine it. The dogs – the same ones that interrupted his MVP interview on TNT – are still barking. The chair and table he used in this interview are still there, right next to the wall where they’ve probably been for years. The race track is exactly as you imagine it too. It is just off the street and behind the stables and a white gate. There’s a little grandstand on one side, and that’s it. Again, that’s perfect. It’s simple, authentic, calm, quiet and peaceful. Just perfect.

Then, the old school of Jokic and its basketball court. It was also so perfect that it didn’t seem real. The mural appears more than I expected in person. Surrounded by neutral colors and verdant trees, it stands out as it should. We played on the pitch for about an hour. It was so special to be there. Walk in the footsteps of the greatest player in the world. Playing on the same concrete he once played on. Like I said, surreal.

Afterwards, dinner at Restoran Slon Sombor (Elephant Restaurant). Apparently, this is a place that Jokic frequents. We ate fish stew, Jokic’s favorite, and other traditional Serbian dishes, as well as lots of Jelen beer, Serbia’s most popular beer. We remembered an incredible day. An incredible day. A day that will be talked about forever. Srdjan Vlaskalic, our guide in Sombor, also joined us for dinner. I’ll talk more about him tomorrow.

This trip has been a whirlwind. It was blurry. We have done so much in such a short time. But I was always able to feel incredibly present throughout our days here. Maybe it’s because each individual moment felt so important. It’s impossible not to be in the moment while experiencing this distant land. KK Joker, Hippodrome, Mural and Sombor were such powerful places to visit.

One final note: we spent the night at a place in Sombor called The Old Brick Pub. It’s a bar with dorm style rooms above. Yes, we slept above a bar. Also, kudos to Miroslav Cuk and Milan Mijalkovic from Serbian Corner and the Nuggets Serbia podcast who were lifesaving and accompanied us every step of the way and got us to Sombor. The nine of us sitting in a circle outside the old brick at 1 a.m., passing around a bottle of Rakija and reminiscing about what we had just experienced in Sombor is another flash memory that will live on forever. never.

What a day. More Sombor tomorrow.

Blog: Riverside slides through Summerland in a dazzling zero week (8/21/22)