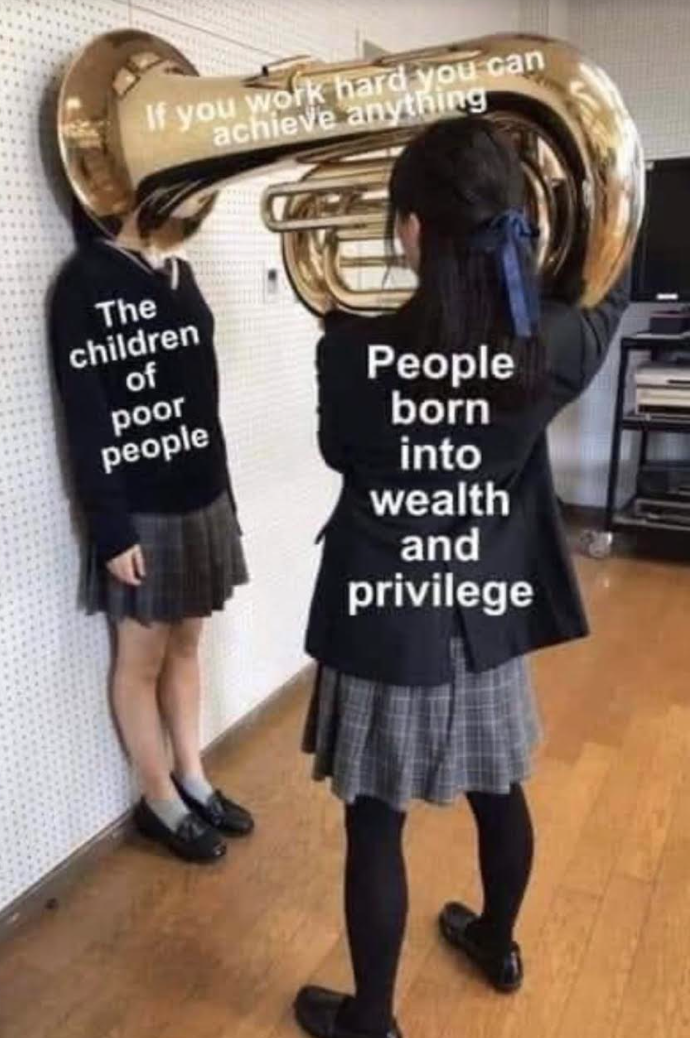 We are committed to making New Zealand the best place in the world to be a child. The work we’ve done so far to increase family incomes and lift children out of poverty has led to improvements in all nine child poverty indicators, and 2022 will see new changes come into effect to help whānau make ends meet and ensure that more children can get a good start in life.

Labor’s New Year’s message calls for a reality check. How can you not have enough money to eat and be the best place in the world to be a kid? Food banks across the Report of the Christmas period distributing food parcels on a massive and unprecedented scale. Demand isn’t going to magically stop in the new year, and a flurry of back-to-school costs will only intensify the unsustainable pressure.

As the figure provided by the CPAG from official data shows, progress on child poverty under Labour, even before Covid, was not the transformative poverty reduction we were promised. The red part of the figure shows that the number of children in extreme poverty has barely changed – there should be zero below this line. 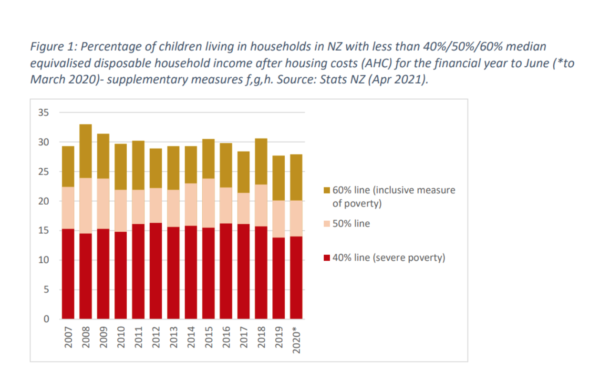 But the official data is still off by two years. Although the latest figures are not available, we know from the social sector and the heartbreaking stories in the media that the last two years of confinement have been particularly difficult for families and children.

In “Tackling the big issues in 2022” we are told, no worries, help is on the horizon.

In April, for families with children, the main benefits will increase by $15 per adult per week. An additional amount of family support upgrade bundle will also take effect, with increases to Working for Families payments, including the Family Tax Credit and Best Start, boosting incomes for nearly 350,000 families by an average of $20 per week.

Let’s analyze this. The supplement of $15 per adult beneficiary should have been paid last year. In the name of saving the state’s money, the duration of insufficient benefits has lengthened, driving up the indebtedness of families. The state may have less debt, but families have more.

The claim for a $20 per family increase in work payments for the family includes the periodic adjustment for inflation that is mandatory under the legislation once cumulative inflation exceeds 5%. Families have waited 4 long years to see this decline in their purchasing power. The actual increase is just an additional $5 per child in Working for Families payments will make little difference.

The 160,000 children of families in the red zone (below the lowest 40% after the housing cost threshold) will continue to drown without a lifeline. These children are denied the full Working for Families package of at least $72.50 a week, saving the government about $500 million a year. Their parents are often sick and facing skyrocketing rents or living in squalid temporary motels. Debts to IRD and MSD are growing and many are afraid to ask for work and income relief knowing that the aid has to be repaid. Hunger is widespread.

Many other children from low-income families where there is paid work and where incomes exceed $42,700 gross will now find that the state wants them to pay back more of their WFF tax credits with an increase in the reduction of 25% to 27% when they earn a little extra. The change was pushed through the House in a hurry and contradicts Labor’s concern over work incentives. The mess of effective marginal tax rates that can exceed 70% over long income brackets has been swept under the rug.

At the same time, many New Zealanders are becoming fabulously wealthy in a sustained speculative property boom. The balance sheets at the top of the city have never looked healthier. The very wealthy live in a parallel universe, the most unaware of what is going on unless the lack of low-paid workers to support their way of life bothers them.

In the street of misery, years without sufficient income have reduced household assets and increased debt – something the current framework of child poverty reduction income targets renders invisible. A few extra dollars a week will not solve the accumulated problem of diminished family balance sheets, a real transformation is urgently needed.

The signs so far are that we can expect more spin and self-congratulations from the well-oiled Labor machine in 2022, while deep and desperate family poverty entrenches a large underclass which portends ever-increasing social unrest and polarization.

Add Pastors to the Great Resignation