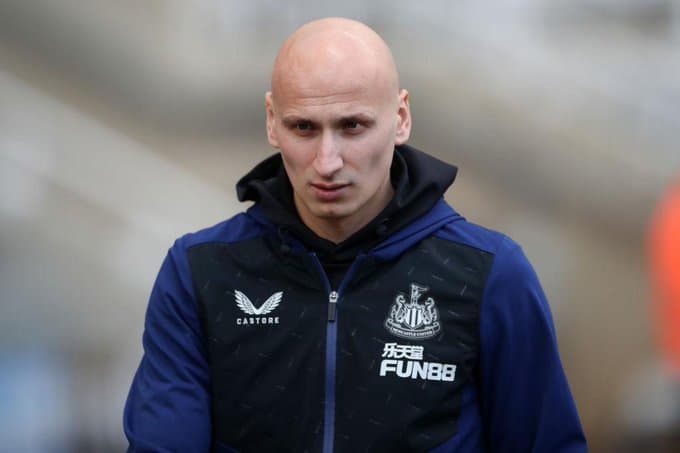 Eddie Howe gave his press conference for tomorrow’s game at Brighton. He gave a full update on the various injury issues with his team.

Howe has confirmed reports that Jonjo Shelvey will be out for around 3 months after undergoing hamstring surgery. The midfielder picked up the injury during the pre-season game at Benfica.

“It was quite complex. We had a number of scans and opinions. He has undergone surgery and we expect him to be out for approximately 12 weeks.

“He was very disappointed. A real shame for him and for us but he is on the road to recovery.

It’s a devastating blow for Shelvey, who had arrived for pre-season in elite condition. He is unlikely to be available until the league resumes the World Cup break in December.

For now, Shelvey’s injury will not affect Newcastle’s transfer policy. Howe feels he has enough cover with Bruno Guimaraes and Sean Longstaff capable of playing the deepest role.

? “I think we have enough to cover his absence right now.”

Emil Krafth was a surprise omission from Saturday’s matchday squad. It was later revealed that the Swede had a problem with his hamstrings, for which Howe provided the following update:

“There wasn’t really any injury, it was more just tension.

“He had two scans and they came back clear. I don’t think there is an injury but maybe a problem that prevents him from reaching full speed. Hopefully it will be in the very short term.

It is not known if Krafth will be available tomorrow. He seems to still have some tension in his hamstrings, which keeps him from being in top form. Javier Manquillo has stepped up his training so we’ll see if he can provide cover for Trippier tomorrow.

Jamaal Lascelles had a minor problem earlier this week forcing him out of training. Our captain has returned and should be available tomorrow. However, after last weekend, Dan Burn and Fabian Schar are likely to get the green light again.

Here is part of what Howe said about Lascelles:

“Jamal is fine. He missed the start of training this week but came back towards the end so we expect him to be fit.

Finally, Jamal Lewis and Federico Fernandez are back in full form. The duo missed most of the pre-season due to injuries. Lewis is back in full training while Fernandez is getting very close.

“Jamal has done a few days which is great to see. He looks good.

“Fede, again, did a few days. We have slowly reintroduced it. Can’t wait to see him train regularly with us. He is a high level player. »