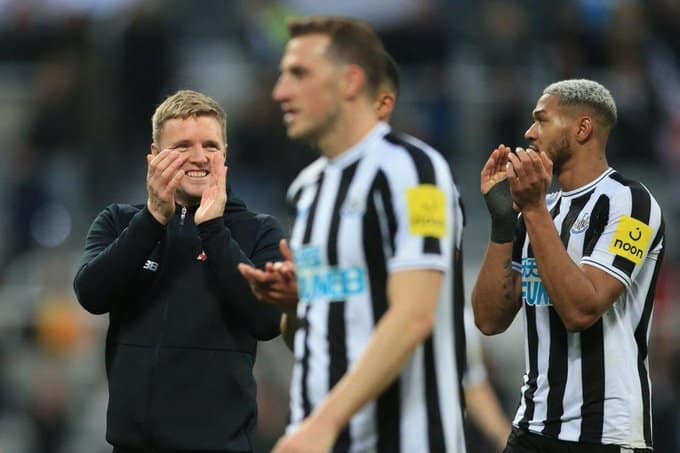 Newcastle won their fifth game of October and third in a row with a 4-0 dismantling of Aston Villa. The win keeps the Magpies in a Champions League place with just two league games remaining until the World Cup break with a Carabao Cup tie strewn between the two.

The three points cement Newcastle’s place near the top. Chelsea, who were thoroughly beaten at Brighton, remain fifth but are now 3 points behind with a much worse goal difference than the Toon, who are now 6 clean sheets.

The first half was a struggle with several long injury stoppages. The second half was something special with three goals while hitting the woodwork twice. It could have been much worse for Villa.

After the game, Eddie Howe had the following to say about the performance as tweeted by Miles Starforth of the Shields Gazette:

“It was an outstanding performance and we scored some great goals.

“It was a bit of a short first half and it didn’t really suit us. We showed good energy in the second half, and the goals made the difference.

“It’s the football and the style that we want to see consistently here.”

Newcastle have managed to pull off some fantastic and lopsided wins this month. Today the second half was something special as Aston Villa were ruthlessly taken down.

A trip to St Mary’s to face Southampton is coming up. Howe has been hesitant to make any changes and it could be the case once again if everyone is fit.

For now, there is only one concern with Howe revealing that Fabian Schar was removed due to hamstring pain:

“We still have a few players who have different pieces. Fabian was just feeling his hamstring, hope he’s okay.

“There are a number of players today who are feeling the effects of the busy period, so hopefully we have nothing too serious.”