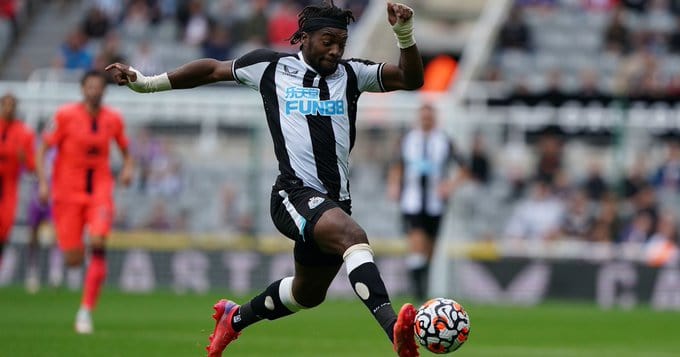 Eddie Howe provided an update on Allan Saint-Maximin at this morning’s press conference. The winger is due to return to training today and, depending on his performance, could be in contention for Saturday’s game against Brighton.

“Maxi hasn’t trained with us yet but we hope he will today. We will have to make a decision based on his appearance and his injury status after the session.

“Apart from that, we are as we were before Brentford.”

Saint-Maximin has missed the previous two matches – a draw at West Ham and a win at Brentford – after suffering a calf injury in the win over Aston Villa. He spent last week in Monaco with a specialist.

Before the Brentford game, Howe said Allan faced a late fitness test, which he failed to pass. He’s facing it again but with him back in training today, his chances are a bit better that he can at least make the bench.

Howe may not want to rush the 24-year-old’s return with three away matches in a week on the horizon. Ryan Fraser was unplayable on the left side against the Bees. His performance deserves a recall on his favorite flank.

Jacob Murphy also played well on his natural right side after being a straight swap for Allan against West Ham. Allan’s return isn’t as critical, with Ryan and Jacob doing the work in his absence.