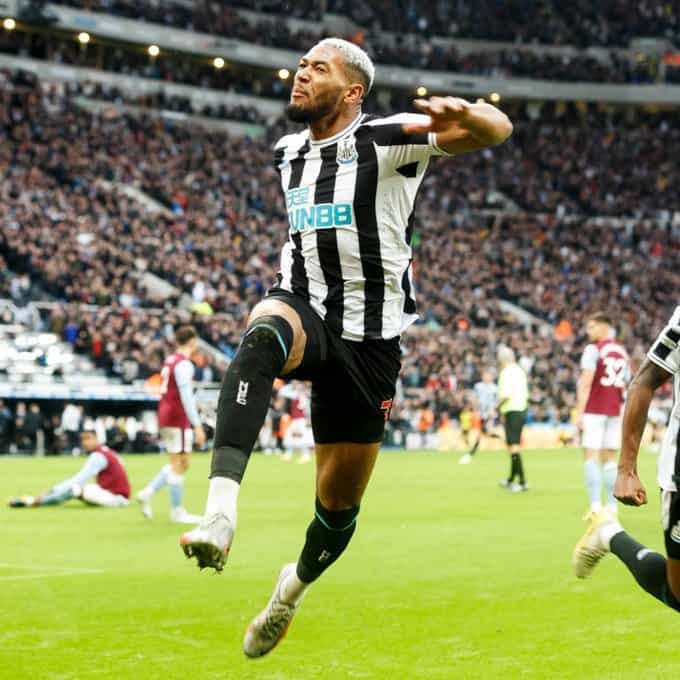 Joelinton opened his account for the season with his opportunistic strike against Aston Villa yesterday. The Brazilian made sure to stay in play before bouncing on the rebound from Callum Wilson’s shot. All in all, he was impressive again with his goal once again, two key assists and two tackles.

While Gareth Southgate was on hand to witness Wilson’s excellent performance, it was also revealed that Brazil manager Tite was present to watch Bruno Guimaraes. Joelinton may have caught the 61-year-old’s eye in the process.

Guimaraes made his debut for Brazil just under two years ago. Although the Tyneside star man has only amassed 8 caps yet. His performances for Newcastle on the big Premier League stage could provide Bruno with more opportunities at next month’s World Cup.

Joelinton transformed under the tutelage of Eddie Howe into a highly effective box-to-box midfielder. Although he can still do a wide job as he has played on the left in the last two matches. Unfortunately, his 5th yellow card of the season yesterday will prevent a recall to St. Mary’s

His exploits under Howe are unlikely to pave the way for his first Qatar cap, although his versatility could come in handy. Joelinton’s last appearance with the national team was ten years ago. However, if he continues to play as he has since the takeover, a cap for Brazil could be in his future.

After Sunday’s victory, Joelinton says the following on scoring with Tite in the stands and his chances of joining Bruno for the World Cup:

“It means a lot that he was watching. It was my first goal of the season, the one I was waiting for. I just do my best. My family was here and if it makes him (Tite) happy, so much the better for me!

“He came to see Bruno and watch the match. I’m happy for Bruno and hope he continues to play well, helping Newcastle before taking him to Brazil for the World Cup.

“I still believe I can go to the World Cup. I’m positive, but I know it’s very difficult with 20 days to go. All I can do is work hard, give my best and luck will come. I’ll be ready.”