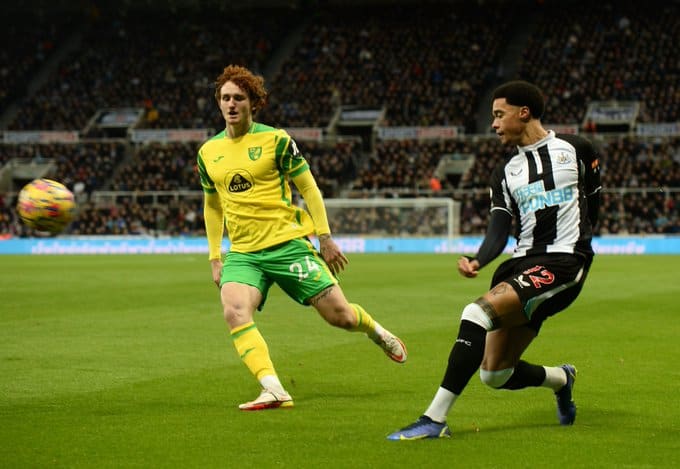 Most of those named won’t be surprised as they have played very little this season. Ciaran Clark, Dwight Gayle and Karl Darlow are unlikely to make an impact next season with a number of top rookies expected to come through the door.

Emil Krafth and Isaac Hayden could theoretically do some work as team players next season, although some may dispute that. Krafth has been solid at right-back in the absence of Kieran Trippier. Hayden didn’t make the team in January due to knee surgery.

A few surprises on the list are Miguel Almiron and Jamal Lewis. Almiron has started the last two games but has no natural home in Eddie Howe’s 4-3-3. With only two years remaining on that contract this summer, now might be the best time to offload the 28-year-old.

Football Insider has reported that Jamal Lewis will be part of Newcastle’s overhaul this summer. They back the Times’ claim that Jamal’s future may lie elsewhere.

The 24-year-old was left out of the squad for the second half of this campaign, with Howe citing a chronic groin problem as the reason. The latest news on Lewis is that he was seeking specialist treatment in Germany and may go under the knife.

Football Insider claim it would take an offer of just £8m for Lewis to leave this summer. It would represent a significant loss for a player who cost around £13.5million just two years ago.

Lewis strikes me as a player who can improve tremendously under Howe if given the chance. While Matt Targett, should he join permanently this summer, would be the preferred choice at left-back of the two, Lewis may still have a point to prove at Newcastle.