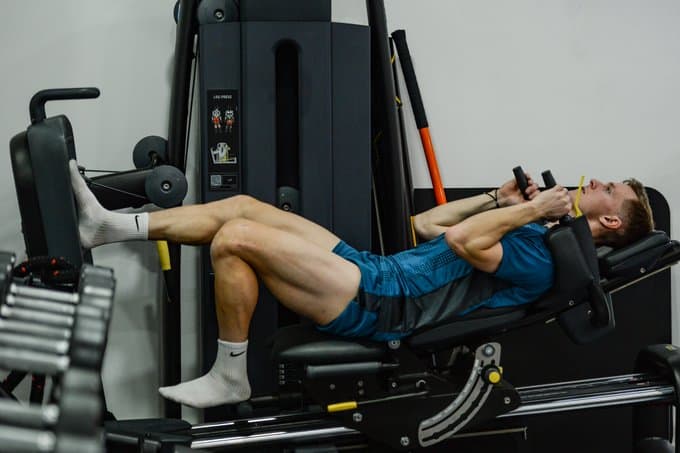 Emil Krafth, who was spotted at the training facility on last week’s edition of Toon in training, gave an update on his recovery from the ruptured ACL he suffered nearly three months ago .

Krafth suffered a knee injury in the first half of the Carabao Cup victory at Tranmere in August. It was his first significant action of the season, having only featured in the dying minutes of Man City’s draw before.

The Swede got the terrible news a few days later that he was sidelined for a long time. The news comes just as compatriot Alexander Isak had become Newcastle’s record holder.

Speaking to nufc.co.uk, the right-back revealed that another team-mate provided advice on his injury. Callum Wilson, who suffered a few similar injuries, has been very supportive of Emil’s recovery.

Here is part of what Krafth said:

“Everyone has been very supportive of me and some of the guys know what I’m going through with serious injuries.

“Callum Wilson was very supportive and we talked a lot. He told me about his rehab and how he recovered and stayed positive which really helps.

“I still have a long way to go because my injury was tough and the first few weeks were tough when you can’t do much after the surgery.

“Now I can do more and more and every day is a step closer to the game and it helps me focus and stay positive when I watch the team and see how well they are doing.

“The medical team have been so good and supportive. They’ve seen injuries like this before so they know what players go through and how they can help in all aspects and how to keep me feeling good.

“When it’s a long injury it can be difficult to keep going, but the program they give me is really good and mixes things up a bit.

“I did rehab in Sweden for a few weeks so I could be with my family and friends and help me focus on other areas and not just think about my injury all the time.

“Now I’m in Newcastle recovering and it’s been good. The doctor said it was good for me to mix up the environment I was in to keep feeling good and help through the process.

“There is still a long way to go, but I have to stay motivated every day and know that it’s a step closer.”

Krafth flourished under Eddie Howe in the absence of Kieran Trippier last season. He earned the nickname Swedish Cafu or Krafu from some Toon devotees. His performances earned him an extension until 2024 over the summer.

The hard work to come back must continue for Emil. Depending on his progress and what Newcastle do in the winter window, he could again be left out of the 25-man squad when he resubmits after January.

Hopefully he’s close enough to play a part in the final months of the season. The Magpies are ready for a battle for Europe after a superb start to the campaign. Getting Krafth back for at least part of the last turbulent months would be a welcome boost.