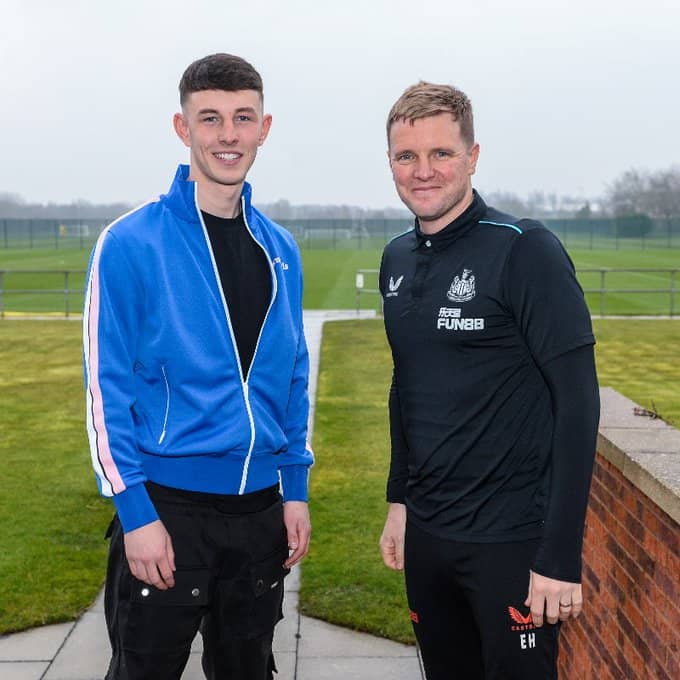 October was a dream month for Newcastle United, winning five of six matches and finishing in the top four. The exploits resulted in numerous monthly nominations, including Player of the Month for three Magpies and Manager of the Month for Eddie Howe.

Another Magpie was nominated for his performances last month. Midfielder Joe White is named Premier League Player of the Month 2. The 20-year-old has scored 3 goals with one assist in 3 appearances last month.

? Joe White was nominated for the #PL2 Player of the month award!

White has been a regular part of first-team training since recovering from a pre-season knee injury in September. His injury prevented a loan move after spending the second half of last season with Hartlepool.

On his return from injury, White vowed to impress either fighting his way into the first team or another loan opportunity in the winter window:

“I don’t want to play Under-21 football anymore. Unfortunately I didn’t manage to get on loan this season so these games are important for me to see where I am and I hope to be on loan in January. .

“I think after last season, playing first-team football at Hartlepool, in the second half of the season I enjoy the EFL Trophy nights. That’s all I want to do now. The initial goal is to get into Eddie Howe’s first team. And I have three months to improve as much as possible and play the best I can.

“I have to be the best player on the pitch for the Under-21s in every game. I think I have to stand out in those games which will help in January.

White signed a three-year contract in March and is one of the club’s top prospects. He will likely end up on loan in January in hopes of earning a first-team spot next summer, as Elliot Anderson has done this year.