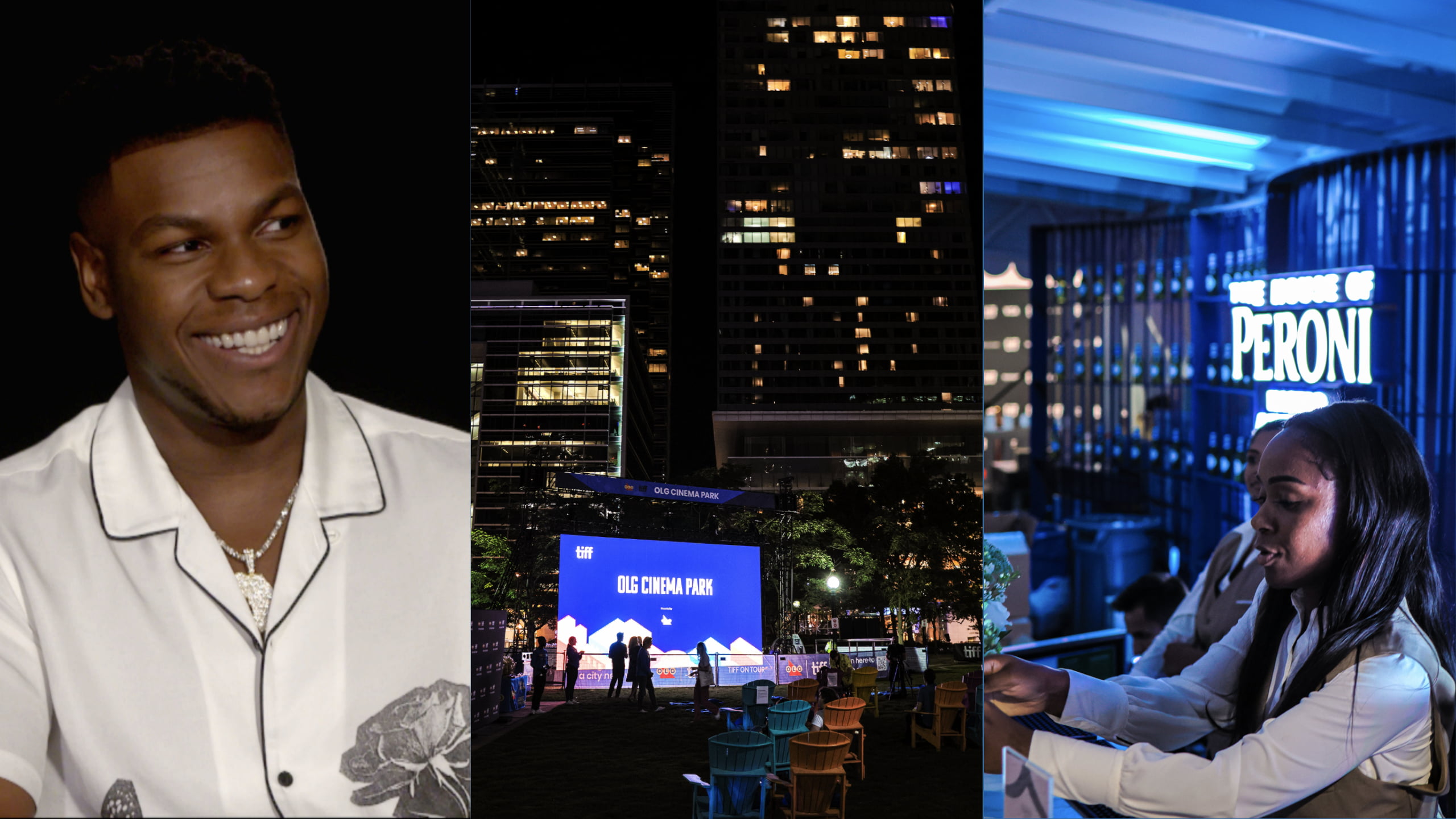 King Street almost looks like it did a few years ago as the Toronto International Film Festival returned this week for a festival packed with everything that made it one of my favorite places every September .

Screenings, parties, red carpets and Festival Street have all come back with a bang, and the subtle changes TIFF has made have even made a lot of things better.

Each festival event is taking place within a few blocks of the TIFF Bell Lightbox this year, making it very easy to travel between events. The red carpets in Roy Thomson Hall and the Visa Screening Room at the Princess of Wales Theater have both been upgraded and extended to look bigger and better than ever. And the party feels like it was warm again.

I started TIFF this year with screenings of Lunar Reverie, The female kinga Wendell and savage presentation with Netflix and director Henry Selick, and watching some early movie screens.

My big news this TIFF was to sit with The female king star John Boyega to talk about his role as King Ghezo alongside iconic star Viola Davis. This is one of the best interviews I’ve had this year, and I’m glad I got to spend some time with him before the TIFF chaos even started.

The best part was that he was so into the role and working alongside Davis, who he says really set the tone for the whole movie.

The first two days of TIFF were also busy. I was at NBP’s No Vacancy Lounge for a little refreshment that included drinks, chocolates and some goodies to take home, and explored Festival Street to check out some of the activations and everything going on there.

Last night I also went to Peroni Nastro Azzurro’s TIFF party at Festival Village, and was lucky enough to catch up with some friends I hadn’t seen in months, if not years, over a few drinks. What I love about this space is that it’s right next to the main festival red carpet, which makes it feel like a ‘village’ and looks like a party within a fair party next to Festival Street.

Beyond everything else, I saw the opening night documentary film, The Black and the Blues of Louis Armstrong. Director Sacha Jenkins’ documentary about the legendary Louis Armstrong is a moving, intelligent and funny tribute to the king of jazz. It dives deep into his life and, more importantly, gives a window into his soul through recordings he made at home chronicling his private thoughts. The documentary is told primarily through his own voice from those recordings and through letters read by rapper Nas, and it reveals a man who discovered that his positivity, his horn and his music could make a difference in America when racism affected him wherever he went.

The film is also a deep dive into his vision and genius, and what made his music so important in music history today. So far, the movie stands out as one of the best I’ve seen so far.

Today I was at the TIFF Dialogues Primetime Panel to hear from the creators Bruce Miller of The Handmaid’s Taleand HBO’s Mickey Down and Konrad Kay Industry talk about the work of showrunners and what it takes to make a successful show. It was a fun and lively discussion, and I love how the three creators broke down the work they do and how they’ve adapted over the years.

(The only thing missing from the conversation was another showrunner. Next time, I should recommend Emily Andras, Michelle Lovretta, Kerry Ehrin, or Lauren Schmidt Hissrich as a few ideas, especially for genre hitmakers.)

After that, I also sat down with Down and Kay to talk about their work on the show, and how Season 2 of Insiders gave them the opportunity to top their work in the first season.

My other two interviews of the day were Driving Magdalenwith director Christian Carion and actor Dany Boon, and the Canadian film riceboy sleepswith writer and director Anthony Shim, as well as stars Choi Seung-yoon and Ethan Hwang.

Driving Magdalen Just picked up at the festival by Cohen Media Group and it’s a great story with Boon giving a charming performance alongside French icon Line Renaud. It’s the story of a woman, played by Renaud, delving into her past on a taxi ride around Paris with Boon as the impatient driver (at least at first) as she prepares to enter. in a retirement house.

riceboy sleeps is an evocative drama about a mother raising her son in Canada, grappling with their connection to their home in South Korea, as well as a difficult past. Set in the 1990s, the story is so touching, and as they told me in the interview, it’s very much an immigrant story, and a story about motherhood. I’m also a huge fan of the tone and texture, thanks to the fact that it was shot on 16mm film.

Tomorrow I have a full day which is going to be a real highlight of TIFF, and the next few days are all pretty packed with screenings first and foremost. I will have more updates soon and will be watching capsule movie reviews, full movie reviews and interviews.

Thank you for subscribing.

We respect your privacy and take its protection seriously.