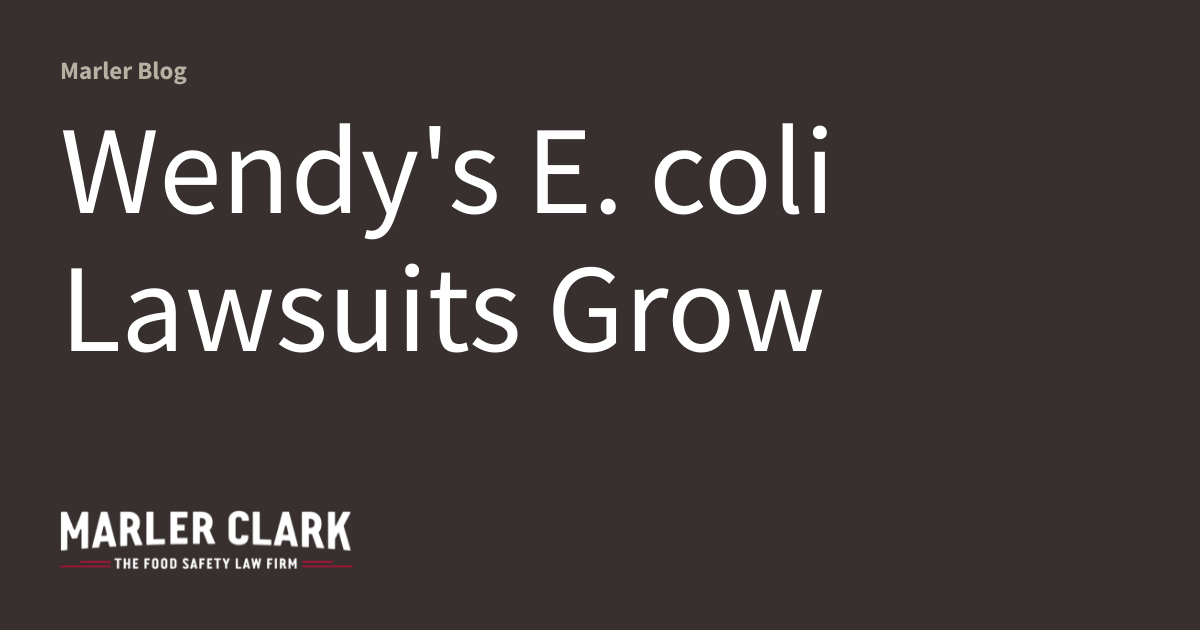 According to the Center for Disease Control (CDC), 84 people from Ohio (23), Michigan (53), Pennsylvania (2) and Indiana (6) have been infected with the same strain of E.coli O157:H7with disease onset dates ranging from July 26 to August 9, 2022. At least 38 people have been hospitalized and at least 8 have developed hemolytic uremic syndrome (HUS)a complication with a mortality rate of 5%.

The E.coli lawyers at Marler Clark filed additional lawsuits in Michigan circuit courts, against Wendy’s, Co., and John Doe Corporation (lettuce grower), on behalf of Zachary Nitz and Ebone Colbert-Taylor. Both people fell ill after eating burgers at Wendy’s restaurants and were positively identified as part of Wendy’s multi-state outbreak. Plaintiffs are represented by Marler Clark, The Food Safety Law Firm, and local attorney, Michael Heilmann. Marler Clark has also filed four individual lawsuits in Ohio. Further lawsuits will be filed in the coming days. Marler Clark’s customers come from hard-hit Michigan and Ohio, as well as Indiana and Pennsylvania.

Marler Clark, The Food Safety Law Firm, is the nation’s leading law firm representing victims of E. coli and hemolytic uremic syndrome (HUS). Marler Clark’s E. coli lawyers have represented thousands of victims of E. coli and other foodborne illnesses and have recovered over $850 million for their customers over the past 29 years. Marler Clark is the only law firm in the nation whose practice focuses exclusively on foodborne illness litigation. For more information, visit www.marlerclark.com.