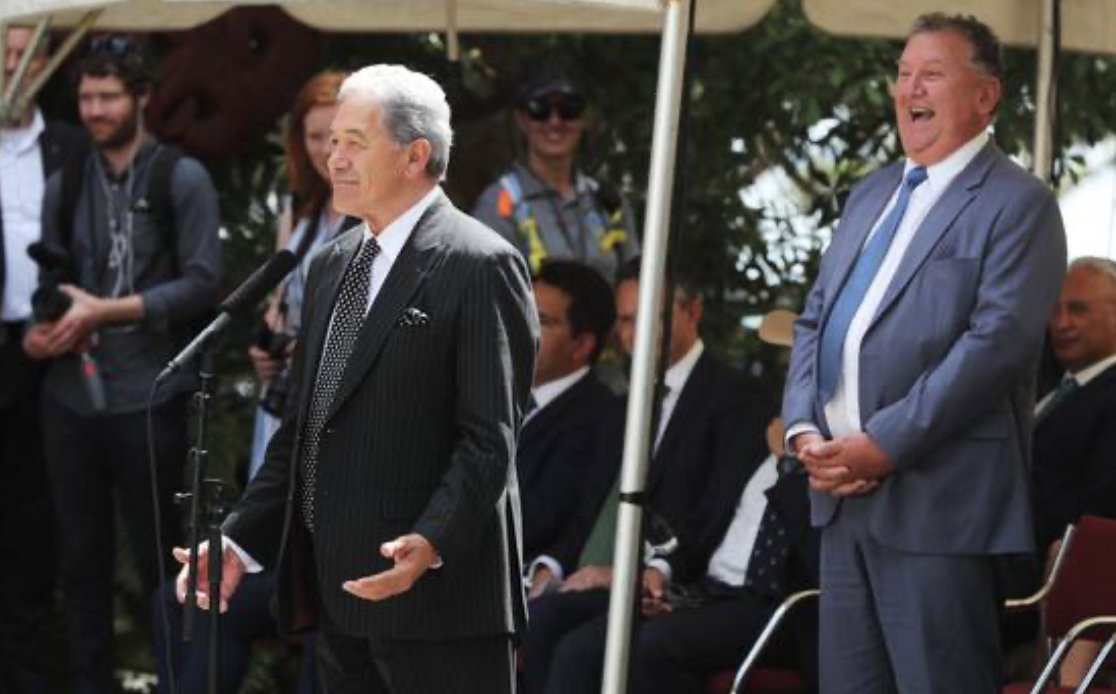 The Treaty of Waitangi was signed between the Crown and Maori landowners in New Zealand. Section 2 guaranteed Māori full, exclusive and undisturbed possession of their lands, estates, forests, fisheries and other property. The Maori were the private owners of it all; except the pieces they chose to sell. Section 3 grants Maori British subjects all the same rights and privileges, and these rights must include the protection of private property. Article two reinforced this guarantee of private property by recognizing that private property can be owned collectively or individually. Everything in New Zealand was recognized as private Maori property.

So when Mr Peters speaks of treaty compliance as creating “reverse racism” with Maori now taking precedence over pakeha, he is in effect saying that property rights can be stolen and breached with proper compensation. For example, Tainui’s compensation for land confiscation amounts to only 3% of the value of what was stolen. Imagine if farmers had land taken for road construction and they only got back 3% of the value of the land. Wouldn’t that be outrageous and unfair? But Mr. Peters actually says that everything is fine. So should we do this for route changes?

Mr Peters says Maori get more rights than Pakeha. It is simply not true. For example three waters. The Treaty of Waitangi recognizes and guarantees Maori private property rights over water. It is normal for the government to discuss with the Maori about their private property. Maori rights to equal treatment for their private property rights have simply been trashed by our previous governments and their courts. And the basis of that was massive immigration, with no written constitution and no courts with the right to protect them, which marginalized the Maori community.

Further, I am ignoring here the obvious significant differences between the Maori and Pakeha versions of Article 1 which clearly show that Maori were not giving up sovereign tribal authority and co-governance rights are in the treaty. It’s just that this reading is not essential to show that the rights are not currently equally held.

Those who complain about Maori privilege are actually making their own rights more vulnerable. Wouldn’t the plaintiffs’ efforts be better directed at the business community working together to increase immigration so they can pay lower wages and not have to pay higher taxes to train and educate our own citizens? When immigration is fully open for business, our large New Zealand poppies will still be dwarfed by a few larger overseas ones (simple bell curve effect). Often people come here as a stepping stone to the lucky country with which we have open borders, and it is richer. And its massive immigration which is one of the pressure factors on our essential infrastructures such as housing and health. Why isn’t Mr. Peters pushing for higher taxes for businesses that apply and pushing for more immigration so that those businesses pay for essential infrastructure?

Why does Mr Peters beat up Maori who simply want their property rights respected in the same way as everyone else? The Treaty of Waitangi is our treaty, all New Zealanders, whether we like it or not. It is our word and for our personal integrity we must honor and respect our word. Some say it doesn’t and claim they didn’t sign it. Well, driving on the left side of the road isn’t something they signed on for either. Big problem if you don’t respect that. And yes, those who disagree can pursue change and want to impose on all of us the enormous cost of completely changing our current fleet of cars with the dangers of forgetting and driving on the wrong side. Good luck on this. But for the treaty they will have to have a fairly good offer because the Maori, as another party to the treaty, have lost so much that they will be reluctant to give it up. It is highly unlikely that the current Maori, like the original Treaty signatories, would simply surrender full sovereignty to the Crown, for nothing. Those who simply want to tear things up and not negotiate mentally do not live in a democracy where you have to respect others. They can go to Putin’s Russia and enlist. See how nice it is when someone bullies you and pushes you around.

With Winston’s groans and New Zealand society changing quite drastically due to immigration, does this increase the risk of a second wave of less Maori rights? Who else? LGBTQ people? (Pressuring minorities is a global trend right now). Now is the time to learn from the past and recognize the need to protect the rights of all people equally in New Zealand. We must urgently craft a proper constitution with a judiciary capable of defending civil rights against the risks of tyranny by a majority which, if misled by demagoguery and misinformation, can pass laws that violate civil rights. civilian and treaty New Zealanders. New Zealand has not been an equal and just society, let’s make one with a strong written constitution.